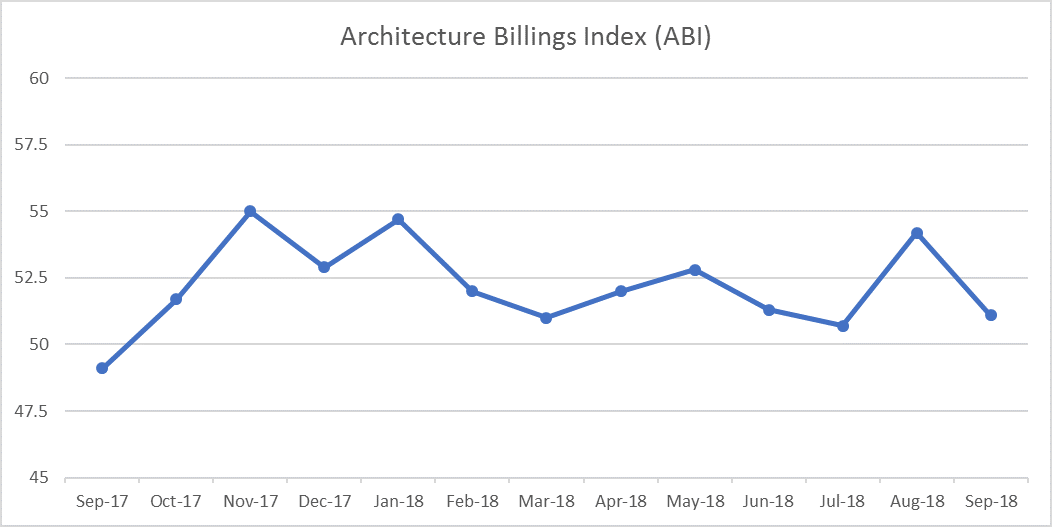 Demand for design services recorded its 12th consecutive month of growth in September, according to the latest Architecture Billings Index (ABI) from the American Institute of Architects (AIA). The September ABI score was 51.1, down from August’s score of 54.2, marking a slowdown in growth for architecture billings. The long stretch of growth in billings is a great sign for the construction industry heading into 2019. 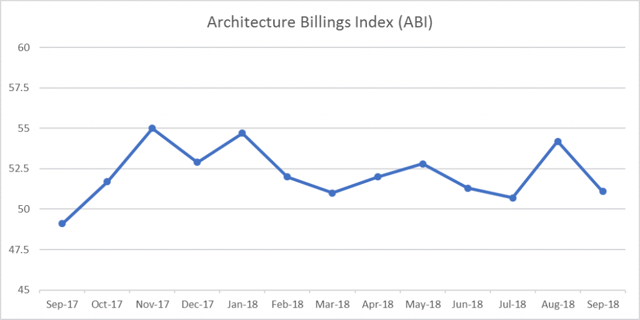 For the ABI, all scores above 50 indicate an increase in billings and scores below 50 indicate a decrease in demand for design services. The ABI acts as a barometer for nonresidential construction starts with construction activity following architectural billings by nine months to a year. 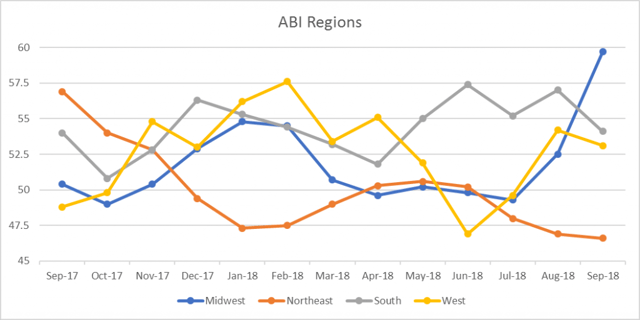 All the sectors had growth again in September. Institutional continued to climb up, going from a 52.3 to a 55.1 in September. Multi-Family Residential dropped to 54.9 after leading all sectors with a 55.6 in August. Mixed Practice improved from a 51.7 to a 53.4 in the latest report. Commercial/Industrial dropped from a 53.6 in August to a 50.8, falling nearly three points but still managing to report growth in billings. 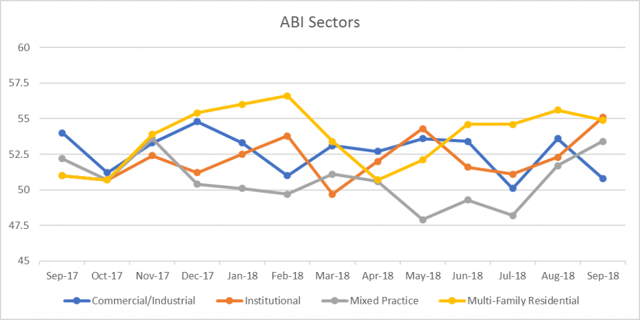