Statistics Canada’s latest national and provincial/territorial population estimates are for October 1, 2018. The two tables included with this article and the 15 bullet points below throw a spotlight on many of Canada’s most recent demographic highlights. 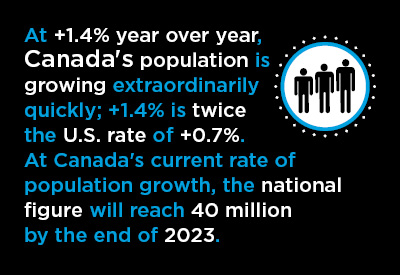