Construction Starts in the Biggest Cities in the U.S. and Canada in 2018

In the U.S., there are 51 metropolitan statistics areas with populations of 1 million or more each. 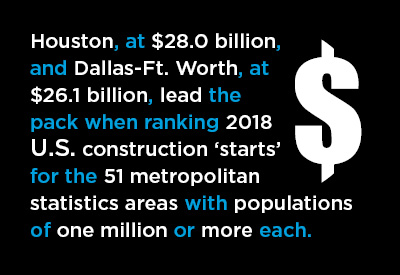 The starts figures have been calculated by ConstructConnect. 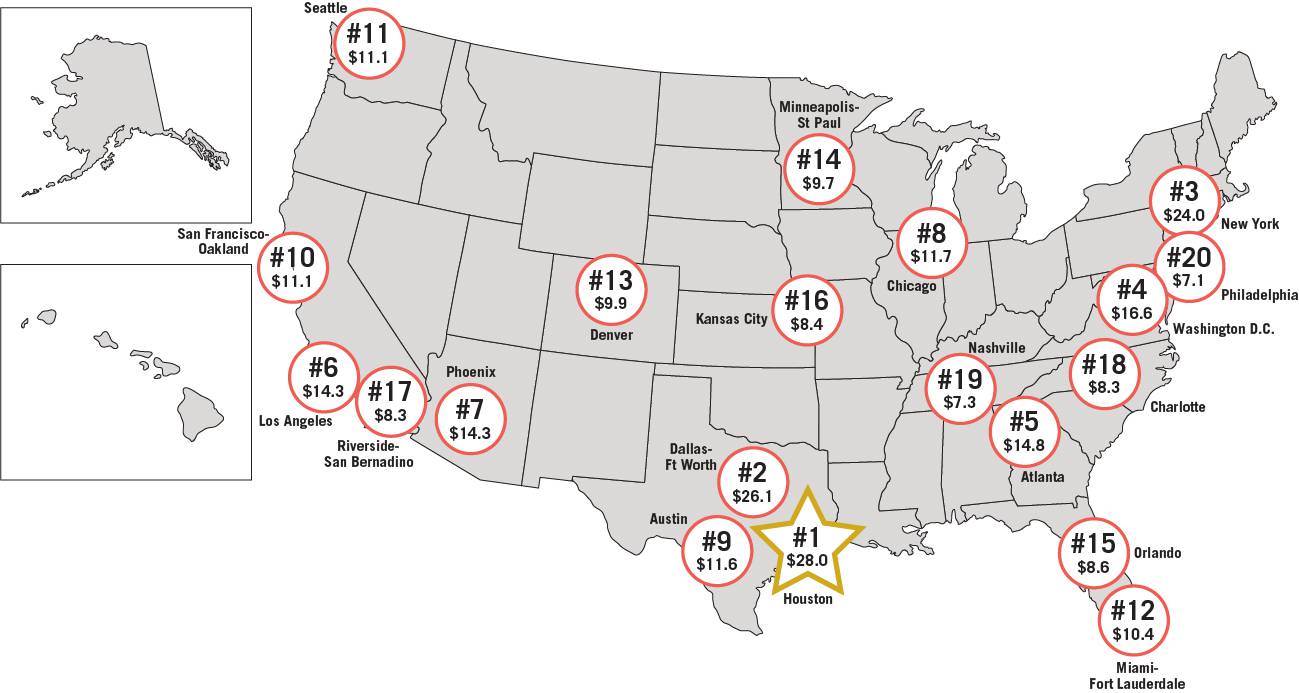 There is a city with less than a million people that would otherwise have appeared prominently in Table 1. It would have made it into position 12, displacing Miami, thanks to the initiation of work on one, particularly large project. In 2018, Racine, Wisconsin, was the beneficiary of a $10 billion investment launched by Taiwanese electronics giant Foxconn Technology Group.

Lately, there has been uncertainty about the type of activity that will take place at Foxconn’s new Racine facility. The plan, when first conceived, was that it would manufacture liquid crystal display (LCD) screens for television sets. But there has been a shift in thinking by the company’s brass towards more of a focus on research and development. Such a move would suggest a downsizing in scale.

President Trump has been talking with the folks at Foxconn, trying to convince them to stick with their manufacturing intent. In any event, the company is saying it is committed to eventually providing the 13,000 jobs touted in its original proposal.

But most of the cities at the top of Table 2 made their large gains relative to low base volumes in the year prior. The most impressive increases in 2018 were made by metro areas that moved beyond already good volumes of groundbreakings in 2017 – Austin, +21%; Houston, +15%; Phoenix, +13%; and Denver, also +13%.

Canada has six cities with populations above 1 million residents each.

The 2018 starts figures for those six north-of-the-border cities, in Canadian and U.S. dollars, were as follows:

If they had been included in Table 1, Toronto and Montreal would have appeared among 2018’s Top 15.