In Eastern Canada, Quebec is Winning the Accolades

The provinces in the Atlantic Region are trailing the rest of Canada in rankings based on most key demographic and economic indicators. 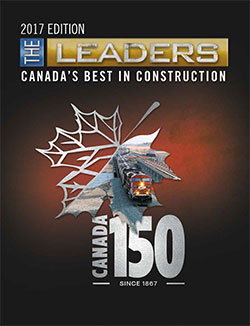 With respect to population change, it’s been a heartening development that long-standing declines year-over-year have recently been flipping over into pluses in three of the four Atlantic provinces. The exception is Newfoundland and Labrador (-0.2%).

But only in Prince Edward Island has the latest annual population increase (+1.6%) beaten the national average (+1.2%). Nova Scotia’s gain (+0.6%) has been half the national increase and New Brunswick’s (+0.2%) has been barely on the positive side.

There isn’t a single province in the Atlantic Region with a population of one million or more.

The four unemployment rates in the Atlantic Region have all been higher than the Canada figure (6.3%). Newfoundland/Labrador (15.7%) has been worst, followed by Prince Edward Island (10.0%), then Nova Scotia (7.9%) and New Brunswick (6.5%).

Job creation has been far from stellar, either. There have been declines in total employment year over year in Newfoundland/Labrador (-5.4%) and in New Brunswick (-0.7%). Hiring in Nova Scotia (+1.1%) and in Prince Edward Island (+2.9%), though, has been on an upswing.

The Atlantic Region will struggle to ignite its economy until there is an improvement in energy markets. Newfoundland/Labrador is already realizing the benefits from a year-over-year improvement in the price of oil.

But additional sparks need to be generated — possibly through reversals in local government policies that forbid the adoption of hydraulic fracturing to tap substantial shale rock deposits.

Providing a backstop for economic activity in the region is the substantial boat building work that is proceeding, under contract with National Defence, at Halifax Shipyards.

Quebec has been receiving a lot of kudos in the press for the progress its economy has been making of late. Year-over-year job creation is a solid +3.0% and the unemployment rate has fallen to 5.8%, which is better than in next-door Ontario (6.1%).

The healthy labour market in Quebec, abetted by earning gains of +2.9% hourly and +2.4% weekly, has given a +4.6% year-over-year boost to retail sales.

There have been a couple of other important factors that have helped drive consumer spending and overall GDP growth. A generous parental leave provision and subsidized daycare have drawn more working-age women into the workforce in Quebec than anywhere else in Canada.

And don’t overlook the fact that households have had more money to spare for non-necessities, thanks to Hydro Quebec providing the lowest-cost electricity in the land.

Housing starts in the province are +16.0%, which compares well with the Canada-wide foundations figure of +9.0%.

The province’s export sales are +9.9% year over year.

The Montreal economy is being supported by some large civil construction projects, underway and planned — i.e., the Champlain Bridge and the 67-kilometre and 27-station Reseau electrique metropolitain (REM) LRT project.

There is a proposal to build the nation’s tallest skyscraper outside Toronto in Quebec City. At a planned 65 stories, the ‘Le Phare’ tower is awaiting municipal approval.

The best news out of Quebec City, the provincial capital, concerns the government’s finances. Formerly out-of-control expenditures are finally being reined in. For the first time in decades, the budget is in surplus and is expected to stay on the positive side of the ledger for years to come.

S&P Global recently upgraded the province’s debt rating to AA-, a notch above Ontario’s. It’s the first time in history that Quebec’s finances have been judged more sound than Ontario’s. A chief benefit of the upgrade is that it will lower loan servicing costs.

There’s even the tantalizing possibility that Quebec may soon move from being a ‘have-not’ to a ‘have’ province under the guidelines set out for federal government equalization (i.e., transfer) payments.