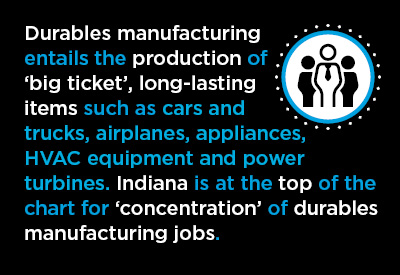 Good health in the leisure and hospitality sector provides the backing for new hotel and motel work. And jobs levels in information and financial services, as well as in more rapidly expanding fields of endeavor such as computer systems and design services, establish the need for additional office space and commercial tower square footage. (See, "Shifts in Office Jobs and Implications for Commercial Tower Construction".)

It’s important to know that three clear groupings of states emerge from an analysis of the Census Bureau’s latest (i.e., through July 1, 2018) population statistics. Those groupings are: (A) the four frontrunner states by nominal levels of population – California, Texas, Florida, and New York; (B) the three states with the fastest year-over-year gains in population – Nevada, Idaho, and Utah; and (C) another tier of six states with both strong nominal increases and percentage changes in  resident counts over the past several years – Washington, North Carolina, Georgia, Arizona, Colorado, and South Carolina. (See, ""Latest State Population Statistics, Maps, & Tables – Six Dark Horse Winners.")

Durables manufacturing entails the production of big ticket, long-lasting items such as cars and trucks, airplanes, appliances, HVAC equipment, and power turbines. Historically, durables manufacturers such as GM, Westinghouse and GE have been some of the pre-eminent corporations in America, providing tens of thousands of jobs and symbolizing the industrial might of the country. The heartland of such activity has been the Mid-West.

A variety of circumstances, however, has diminished the prestige of durables manufacturing. When the dot-com sector burst on the scene in the late 90s and early 00s, durables producers became saddled with the label ‘sunset’ industry, in opposition to the bright prospects that were appearing in ‘sunrise’ data-processing and computer-assisted pockets of the economy. Also, emerging nations managed to lure away many of America’s durables manufacturing jobs.

The separation of ‘sunrise’ and ‘sunset’ industries, however, has been overblown. Another reason for the heavy loss of durables manufacturing jobs at home has been an expanded incursion of robotics-usage on production lines, the epitome of high-tech usage to achieve productivity gains. More stringent carbon emission targets and demands for greater energy efficiency have also pushed durables manufacturers to initiate process improvements well beyond what was previously thought possible.

(1) With respect to ‘weight’ of durables manufacturing jobs, all four Tier A (i.e., high population-level) states make it into the Top Dozen. But there’s a considerable gap between first and second-ranked California and Texas and tenth- and eleventh-ranked Florida and New York. In between are the traditional industrial powerhouses of Ohio, Michigan, Indiana, Illinois, Pennsylvania and, Wisconsin – and notice that they’re all clustered in or near the Midwest.

(2) None of the Tier B states appear in the accompanying table and only North Carolina among Tier C states has a presence, on the ‘weight’ side of the chart. Washington, with its large Boeing airliner manufacturing operations, might have been expected to make an appearance, but it’s 12th in ‘weight’ and 14th in ‘concentration.’ The catalog of states that do appear in the table is a testament to how important ‘vehicle assembly and parts production’ is to providing jobs in the U.S.

(4) Despite major relocations of auto sector jobs to other states, commonly in the southern U.S. (and frequently inspired by right-to-work legislation, limiting the power of unions), Michigan is still Chairman of the Board in U.S. auto production.

(7) Furthermore, the states of Washington and California jointly provide nearly one-third of all U.S. ‘aerospace products and parts’ jobs.