This article features U.S. and Canadian maps with color-coding to highlight the varying speeds of population change in states and provinces. 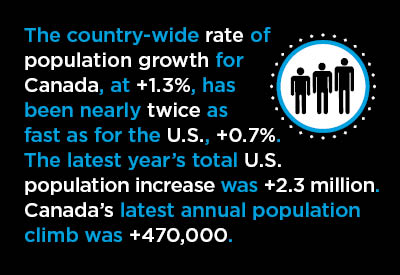 Do please note, however, that the country-wide rate of population growth for Canada, at +1.3%, has been nearly twice as fast as for the U.S., +0.7%.

A rule of thumb often stated or adopted is that the U.S. has a population ten times bigger than Canada’s. While that’s a close approximation, the truer ratio is nine-to-one.

The latest national, state and provincial population statistics yield a wealth of interesting material. The following observations arise from ‘playing’ with the numbers.

Another way to express the above is to say that one in three Americans lives in California, Texas, Florida or New York.

The populations of Florida (21.0 million) and New York (19.8 million) come close to being equal.

California’s population (39.5 million), however, is about the same as Florida and New York combined.

Stated plainly, one out of every eight Americans lives in California. 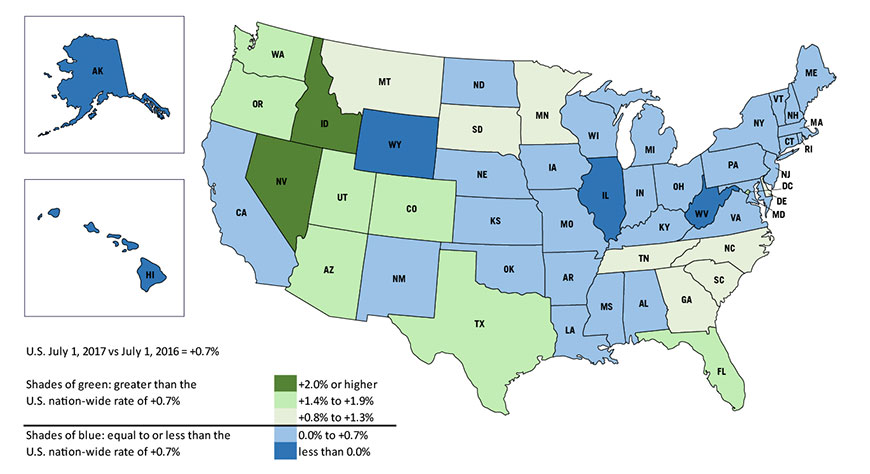 Rankings are based on more than one decimal point.

In Canada, two out of every five residents live in Ontario.

Ontario’s population makes up nearly 40% of the Canadian total. Quebec accounts for a little less than 25%.

There are similar large population blocs in the U.S. The South is almost 40% of the total America figure and the West is just under one-quarter.

While California has a higher population count than Texas (i.e., 39.5 million versus 28.3 million), the latter is beating the former in annual increments.

At +400,000 per annum, Texas is elevating its population count with astonishing speed.

In Canada, before the 2014 collapse in energy prices, Alberta (at +2.0% per annum or more) habitually led provincial population gains.

Canada’s latest annual population climb was +470,000. Between two-thirds and three-quarters of Canada’s increase each year comes from net immigration.

Going forward, the Trump administration in Washington wants to significantly curb immigration. Taking the opposite stance is one of the core principles of the Trudeau government in Ottawa. 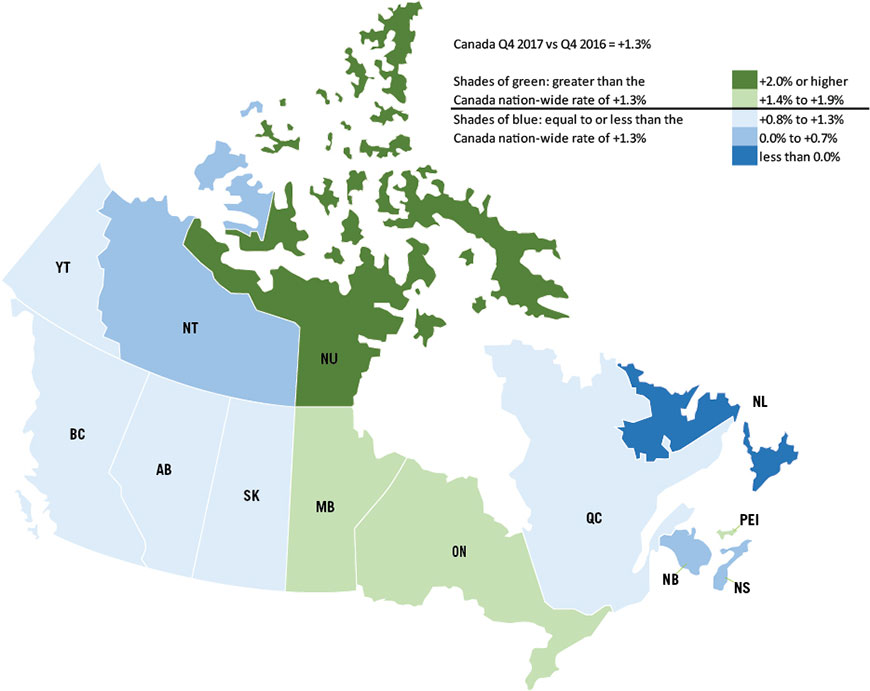 Rankings are based on more than one decimal point.