By: ConstructConnect Project Research on May 17th, 2017

The accompanying table records the 10 largest construction project starts in Canada in April 2017. Also included is the latest trend graph on starts. This looks at 12-month moving totals of the civil and non-residential building categories in Canada. 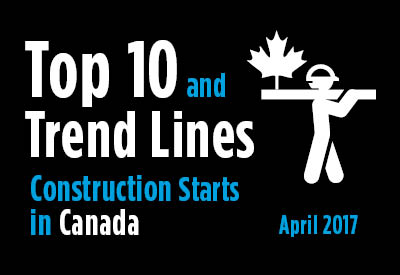 *For example, the April 2017 figure is the sum of the monthly numbers for May 2016 through April 2017.
Data source and chart: ConstructConnect Insight – CanaData.