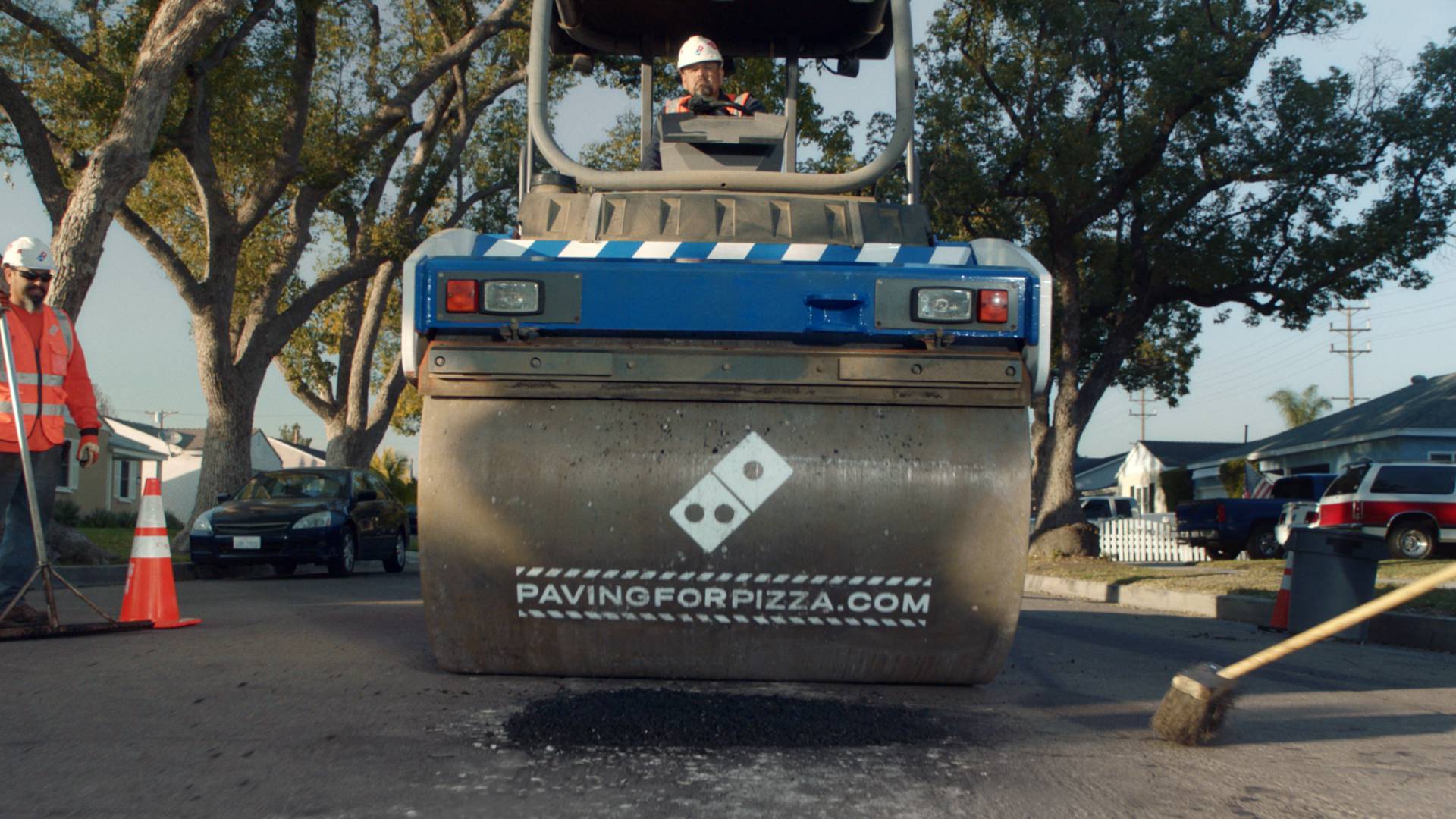 An unlikely savior has emerged to fix America’s crumbling roads: Domino’s. The pizza chain recently launched their “Paving for Pizza” campaign to repair potholes in select cities across the country. According to press release from the company earlier this week, “Cracks, bumps, potholes and other road conditions can put good pizzas at risk after they leave the store. Now Domino's is hoping to help smooth the ride home for our freshly-made pizzas.”

The company has already repaired over 200 potholes in four cities: 5 in Burbank, CA; 8 in Bartonville, TX; 40 in Milford, DE; and 150 in Athens, GA. Each pothole repair is stenciled with the words “OH YES WE DID” beneath the company’s logo. Domino’s is currently asking customers to nominate their town to receive funds for pothole repairs by entering their zip code on the campaign’s website. 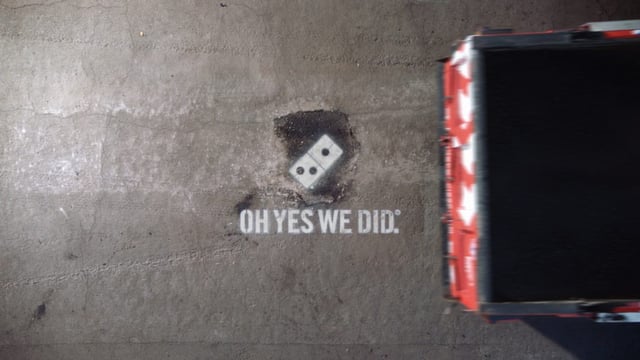 While this type of cause marketing is an innovative way to advertise and spread goodwill, it’s not exactly original. Kentucky Fried Chicken carried out a similar stunt back in 2009 to coincide with its “Fresh Tastes Best” advertising campaign. The company provided funds to fill in potholes in a handful of cities, including their hometown of Louisville, KY. The patched potholes were stamped with the words “RE-FRESHED BY KFC.”

So, could this new type of P3, let’s call it a pizza-pothole partnership, be the answer to our nation’s pothole problem? Probably not. It’s difficult to get a true estimate of how many potholes there are in the country. For example, Chicago patched 108,000 potholes in January and February and New York City has repaired nearly 170,000 potholes in 2018. Suffice it to say, Domino’s would have to sell a lot more pizzas to fix every pothole in America.

While Domino’s publicity stunt isn’t a real solution to America’s infrastructure woes, it appears to be having a positive impact on the communities they have helped. “Facing an already harsher winter than usual for Delaware, this is an opportunity to get additional money to stretch our city’s limited resources,” noted Eric Norenberg, City Manager of Milford, DE.

The campaign might also bring added attention to current state of America's failing infrastructure. In their 2017 Infrastructure Report Card, the American Society of Civil Engineers (ASCE) gave our nation’s roads a grade of “D.” The report cited a “$836 billion backlog of highway and bridge capital needs.” According to ASCE, surface transportation projects (roads, bridges and transit) are facing the largest funding shortfall by 2025 at $1,101 billion.

One suggestion to bridge that gap is to raise the federal gas tax. The Highway Trust Fund (HTF) is a major source of funding for federal highway and mass transit construction and improvement projects. A majority of the revenue that funds the Highway Trust Fund is generated through the federal gas tax which is 18.4 cents per gallon for gasoline and 24.4 cents per gallon for diesel fuel and hasn’t been increased since 1993.

The problem is simple economics. The gas tax is no longer the self-sustaining revenue source it was intended to be. The HTF is generating less money than it is spending to meet current obligations, due in part to more fuel-efficient vehicles on the road. Since 2008, the U.S. Treasury has been transferring money from their general fund to supplement the HTF’s shortfalls. Unless funding is cut or new revenue sources are found, the HTF is projected to have a  $138 billion deficit by 2027.

A month after releasing his infrastructure plan, President Trump indicated that there likely wouldn’t be any movement on it until after the mid-term elections in November. The president has been without an infrastructure policy advisor since April when DJ Gribbin left the White House.

It seems like what should be an easy win on a bipartisan issue, considering Republicans currently control both the House and Senate, will have to wait until next year to see if Congress will finally make infrastructure reform a priority. Until then, keep dodging those potholes or reach out to Domino’s for help.