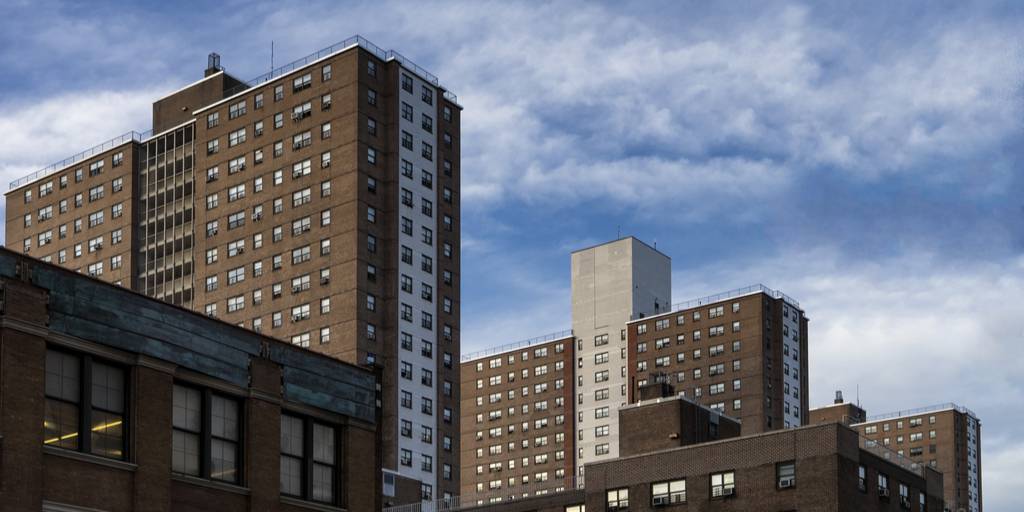 The Housing Market Is Hot—Especially in the Government Sector

There are often dire predictions about the U.S. housing marketplace. Experts in the commercial sector worry about interest rates, construction labor shortages, and declining demand. In the government housing marketplace, however, the concerns all center on the great demand for affordable housing, student housing on college and university campuses, and homeless shelters and public housing needs that are hard to meet because of constrained budgets.

Looking at housing starts in the public sector, it is hard to believe that the industry is going to be anything but robust over the next few years. Throughout the country, public officials are leading and launching housing projects of all types. If the current trend continues at its current pace, construction firms should carefully monitor planning efforts—especially at the local levels of government.

The upcoming opportunities are diverse, and they may be found in every state. The city council of Huntington Beach, California, just last month voted to buy an old two-story warehouse located in a light industrial area. The city will repurpose the facility as a 75- to 90-bed homeless shelter. A mix of funding has already been secured. The city will use $223,607 from a Community Development Block Grant, $766,905 of revolving loan funds, and a budget transfer of about $125,000 from city programs. Not only will the city seek a construction partner, but city leaders also want to find an independent shelter operator to oversee the facility and assist with finalizing operating costs and funding for the project.

The city of Newton, Massachusetts, plans to convert the historic West Newton Armory into affordable housing units. Approval has already been granted for the city to purchase the building, and a public-private partnership engagement is envisioned. City officials want to partner with a developer or a development group willing to be responsible for renovation and then operation of the completed facility.

Officials in Escondido, California, are planning to build more than 500 new homes on the site of the old Palomar Hospital, which has been vacant since 2012. The 13-acre site is located on a coveted hilltop near the city’s downtown and is within walking distance of shops and restaurants. Development of the site will help revitalize the downtown area and also preserve an historic site. Plans have been drawn for 250 four-story apartments, 160 townhomes, and 90 senior apartments. The city is currently taking community input and hopes to move forward on the project later this summer.

The city of Wilmington, North Carolina, announced plans recently to release a request for proposals (RFP) soon for the renovation of two under-used city-owned properties located in parts of the city undergoing revitalization. The city bought one of the parcels in 2017 with the express purpose of using it in a public-private development project that will improve the entrance to the city. Officials envision multi-use projects with a mix of public and private spaces, such as a visitor center along with activated street fronts and both commercial and residential uses. City officials have signaled that they are also extremely interested in an affordable housing project.

This summer, the city of San Bernardino, California, plans to release a request for qualifications (RFQ) for developers interested in redeveloping the shuttered 43-acre downtown Carousel Mall into an affordable housing community that will revitalize the city’s downtown area. City leaders are encouraging interested parties to provide proposals that include a mixed-use space with restaurants, retail, office space, and housing.

The University of North Carolina’s School of the Arts is planning to build a new residence hall on its Winston-Salem campus. The project, estimated to cost about $46 million, will include a 444-bed residence hall with a mix of apartments and semi-suite rooms. To make way for the new building, the college will tear down its two oldest residence halls, which have suffered from deferred maintenance. The new dorm, expected to open in fall 2021, will make the campus more competitive with peer institutions that provide modern student residences. Long-range plans call for an academic building and theater to be constructed as well.

The city of Newark, New Jersey, will likely have contracting opportunities for affordable housing in the very near future. County leaders, including developers and community service organizations, are looking at options to tackle the county’s homeless problems. An RFP will be issued soon for a consultant to study and propose workable solutions. Included in the scope of work are recommendations to study and evaluate plans that include both short-term and low-barrier housing as well as an outline of recommendations focusing on the creation of affordable housing options throughout the county. A working group has been formed to review stakeholder input and work with the consultant. Once the study is finalized, the city will seek firms to complete the work.

These examples are but a few of current and immediate upcoming opportunities related to housing in the government marketplace. The public housing sector will continue to be robust through 2019 and beyond for many reasons—student growth at colleges and universities, high demand for affordable housing, urban revitalization and critical housing needs for homeless individuals.