If stagflation is to occur (i.e., a period of no or slow growth accompanied by high inflation), as is being projected by many prognosticators, one of its accompanying features will be a moderation in new home building activity. Neither in the United States nor in Canada has such a turn of events become evident just yet. The canary installed in stagflation’s mine shaft to warn, through an interruption in its backing vocals, of possible serious economic troubles ahead, has not yet ceased its chirping.

U.S. housing starts in April at 1.724 million units, seasonally adjusted and annualized, were little different from March’s figure of 1.728 million units. Also, they were down only slightly from the highest monthly number in more than a decade, February’s 1.777 million units.

Furthermore, residential building permits are still running ahead of starts. The permits number nationally in April was 1.819 million units SAAR. Permits have lain between 1.8 million and 1.9 million units SAAR for five months in a row.

The Federal Reserve has made clear an intention to lighten its balance sheet (i.e., sell bonds) and carry out further policy-setting interest rate hikes. With average house prices as high as they have become, every 1.0 percentage point increase in mortgage rates burdens home purchasers or debt refinancers with a significantly higher carrying cost.

The only mystery, really, is why the Fed didn’t act on interest rates sooner. It clung too long to the narrative that the takeoff in the general price level would be only temporary.

In the Fed’s defense, it couldn’t have foreseen the Russian invasion of Ukraine and how that would further complicate supply chain tie-ups, especially in food products. Nor that additional waves of COVID-19 would once again idle port activity in China.

There’s also been a timing factor. The Fed was hesitant to act too soon for fear it would cut off a remarkable and crucially necessary bout of job creation in America. The not seasonally adjusted unemployment rate has improved to a barely-there 3.3%.

Currently, though, there’s considerable uncertainty as to whether the strong momentum in jobs creation and income growth will carry the economy through today’s tempests of high inflation and geopolitical turmoil. The hope is that, even with notes of strain creeping in, GDP’s engine of growth will manage to keep chugging forward.

Canada’s housing starts so far this year have not been as strong as last year. But that’s to be expected. In the first four months of 2021, housing starts north of the border twice exceeded 300,000 units SAAR, a benchmark never previously reached. In January 2021, they were 316,000 units and in March 2021, they soared to an all-time peak of 330,000 units.

The heated demand in Canada has a corollary, shockingly high house prices, a topic that tends to hijack conversations at Canadian social gatherings.

One government effort to relieve the pressure has centered on reducing the role played by foreigners in the demand mix, given that some out-of-country buyers have notably deep pockets.

Plus, in Canada, as in the United States, there’s a sense that individual buyers are being squeezed out of the marketplace by professional investors, who are seeing opportunities for financial gain from both rental income and capital appreciation.

The go-to answer being promoted by many a politician is to radically increase supply. The federal administration under Justin Trudeau has set 300,000 units annually as a desirable housing starts goal, although the practical steps to reach that target remain open to debate.

As part of the starts forecasting exercise carried out by ConstructConnect in partnership with Oxford Economics, the population growth projections for the United States and Canada diverge widely. 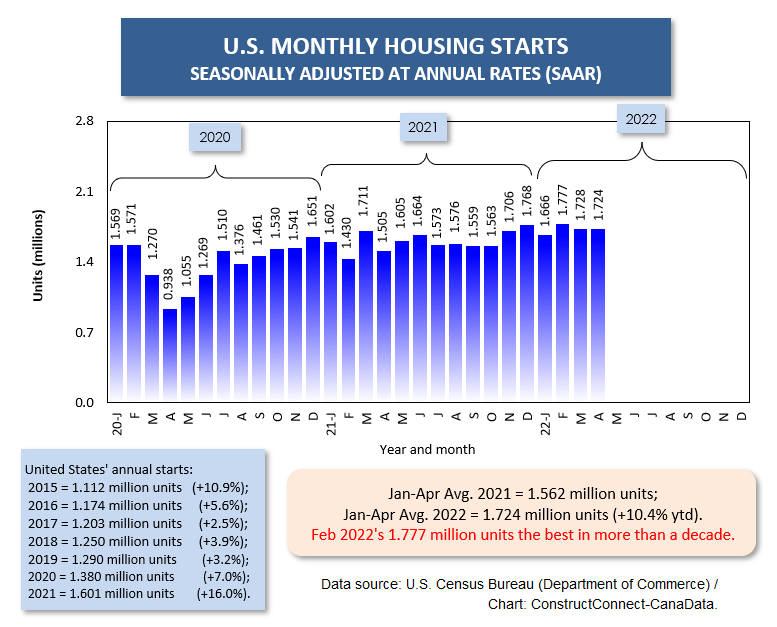 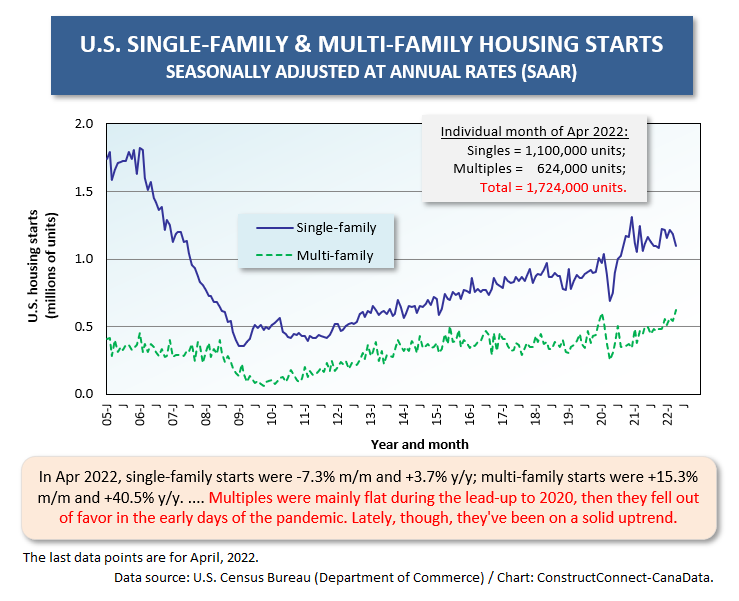 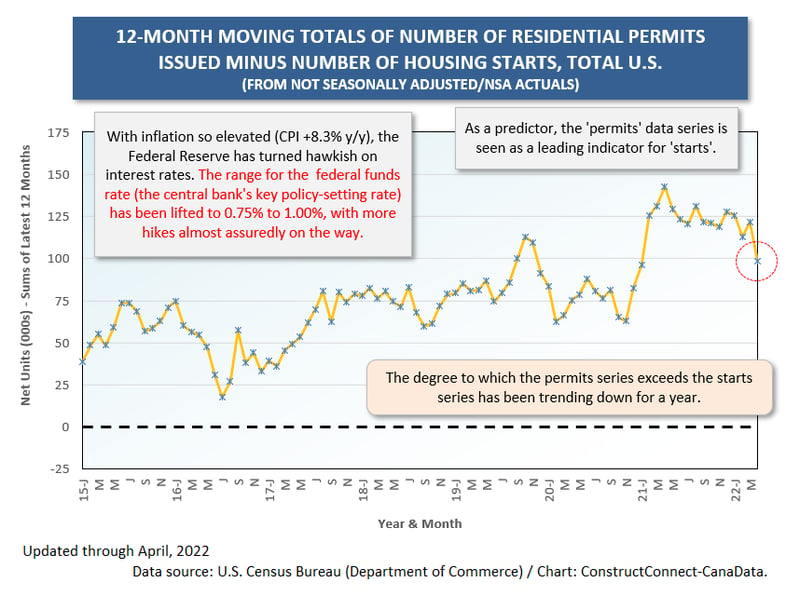 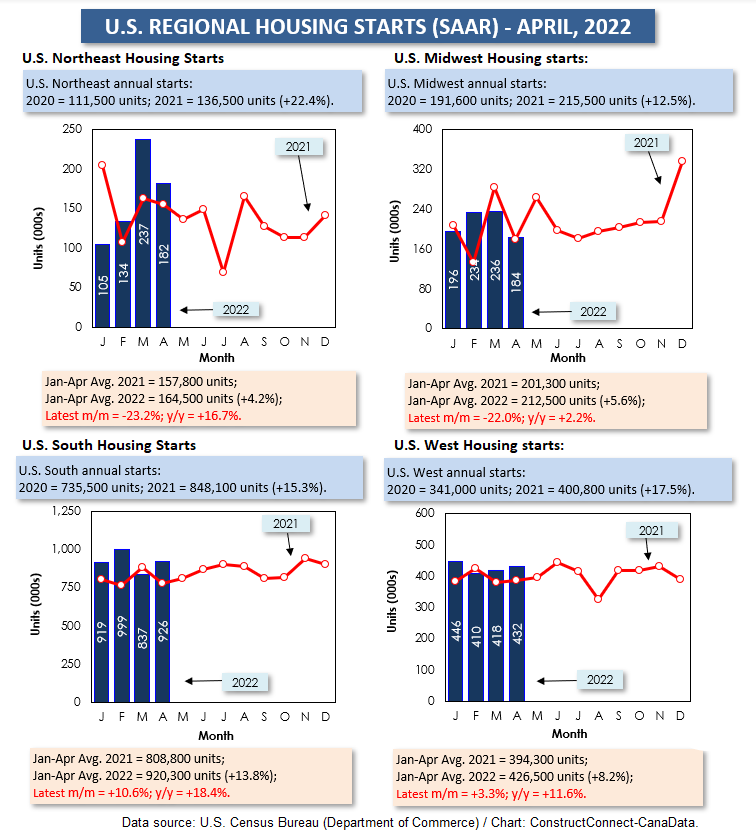 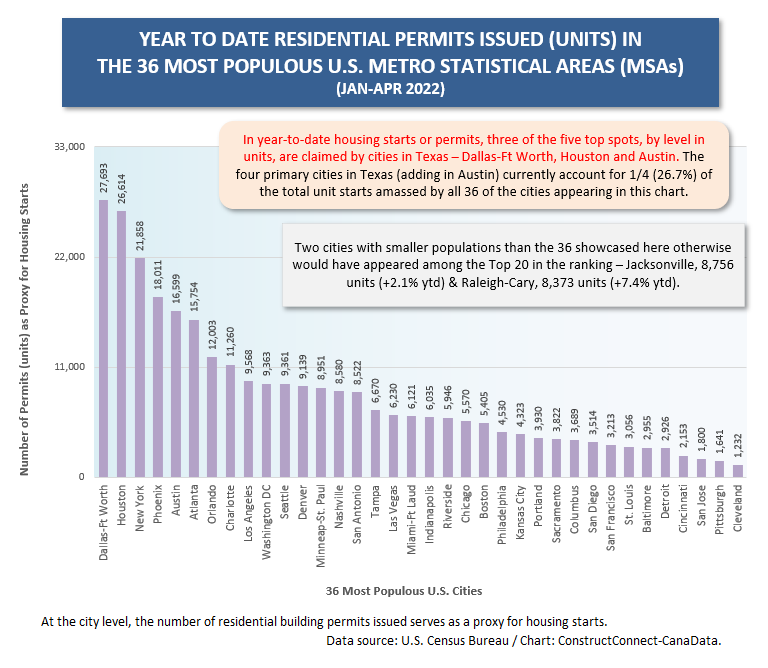 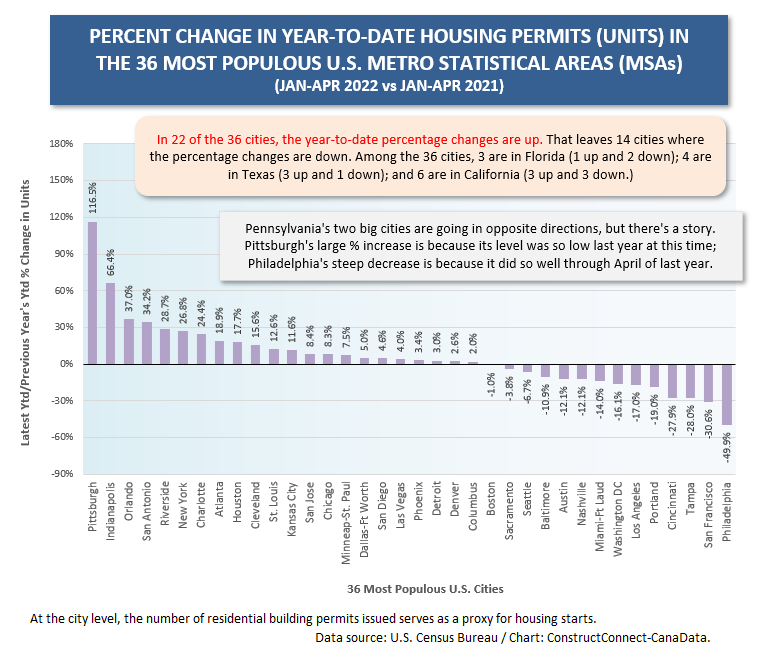 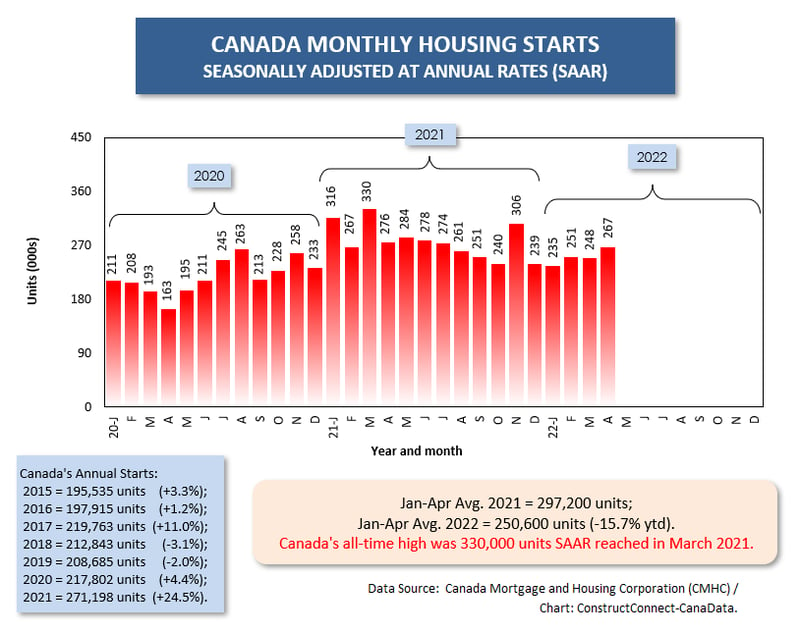 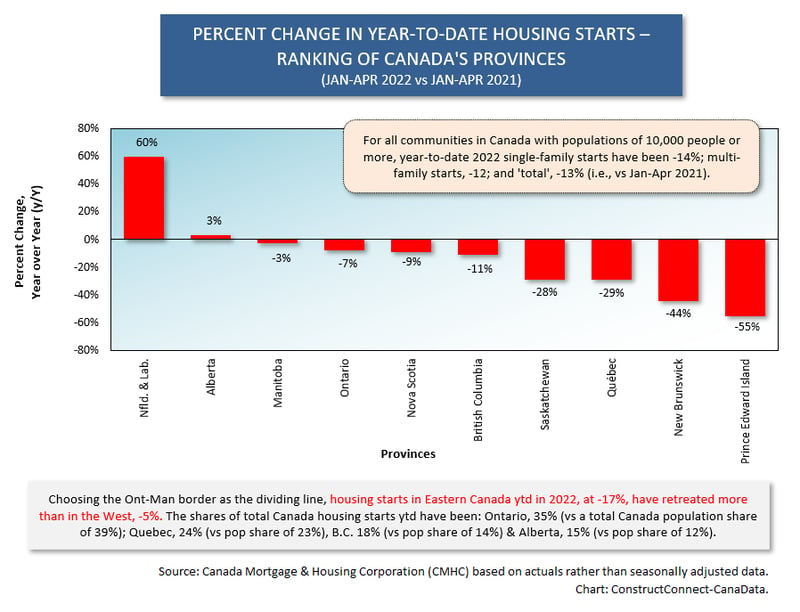 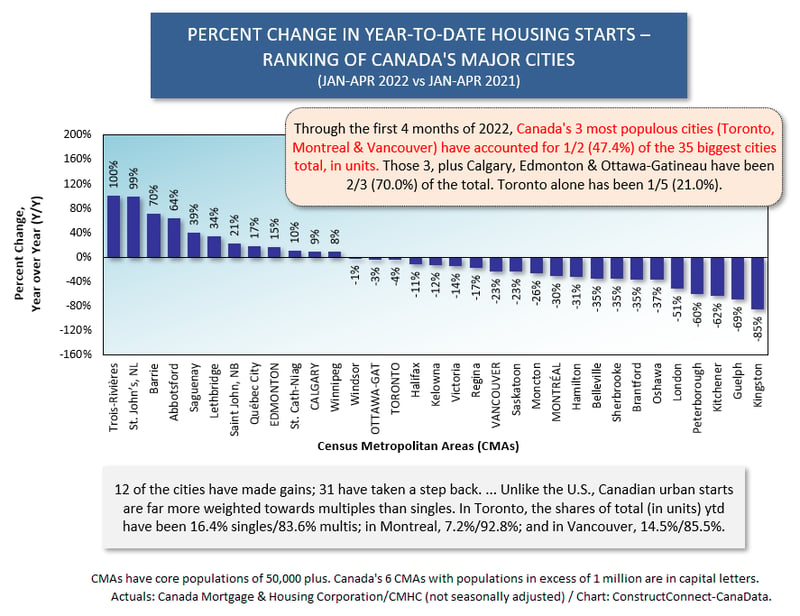 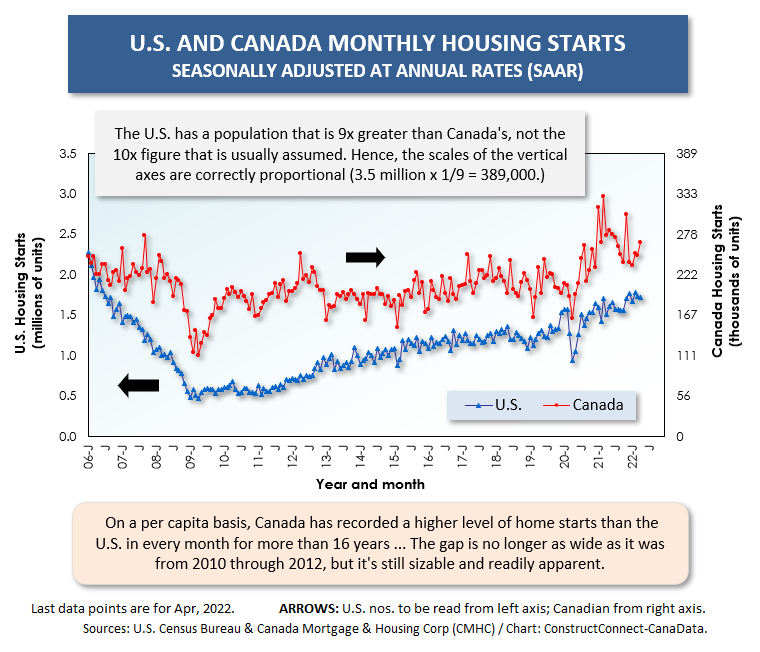 Mid-June Economic Nuggets: Can Inflation Be Your Friend? Read this Blog Post