It seems everyone is talking about recession. Are we already in one? Should we pencil one in for 2023? Is there any possibility one can be avoided entirely? Stock market investors in North America, Europe, and Japan no longer seem terribly worried.

More than half of Q2 earnings have now been reported and results versus estimates have been better than expected. It must be acknowledged, though, that this is partly the result of downward revisions to target estimates due to a slowing economy. U.S. real,i.e., after inflation, GDP change in Q1 of this year was -1.6% annualized and in Q2, -0.9%.

There are two kinds of confidence that have a great deal of bearing on where economies will meander next. The first of these is consumer confidence.

The Conference Board’s July measure of consumer confidence was a figure of 95.7, where the year 1985 has been chosen as the base period equal to 100.0. In other words, the current reading is weak, but it’s not abysmal. In early 2020, at the beginning of the pandemic, the metric fell into the low 80s.

The consumer sentiment measure calculated by the University of Michigan has generally skewed bleaker. It fell to a record low of 50.0 in June. In July, however, it ticked up to 51.5.

In an assessment of manufacturing activity, the Purchasing Managers’ Index of the Institute for Supply Management fell to its lowest level in July since June 2020. Nevertheless, at a current reading of 52.8%, it indicates ongoing growth in both manufacturing activity and in the overall economy.

What caught many by surprise was July’s improvement in the ISM’s nonmanufacturing PMI, reflecting the services side of economic activity. It bounced higher to 56.7% in July from 55.3% in June and reversed a decline of three months’ duration.

July’s rebounds are encouraging news. Although let’s not get ahead of ourselves. It’s universally accepted by analysts that ‘volatility’ will characterize stock market activity through the remainder of this year.

As for July’s bounce backs in major indices, the possible explanations being touted include the following.

The federal funds rate is presently in a range of 2.25% to 2.50. A further climb of 75 basis points (where 100 basis points = 1.00%) has been mentioned by the Fed as possible in September. Then November and December would each see +25 bps increments.

In this scenario, the federal funds rate in early 2023 would reside between 3.50% and 3.75%. It would be in a zone of neutrality, neither restrictive nor stimulative. 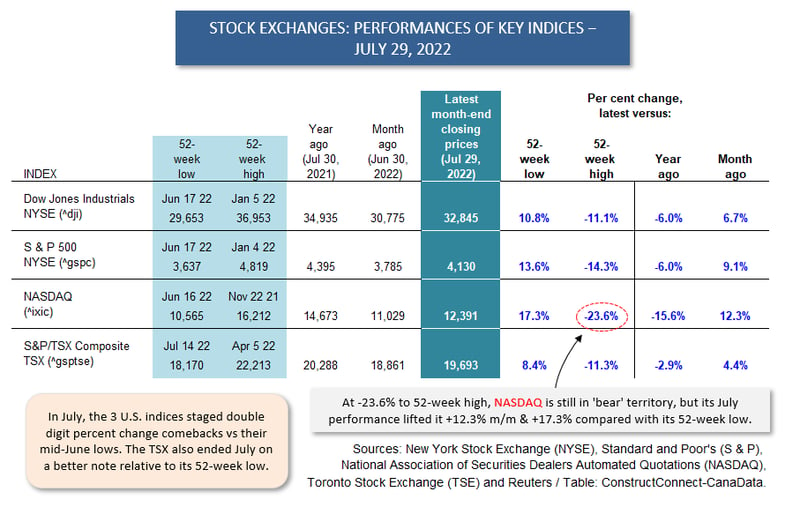 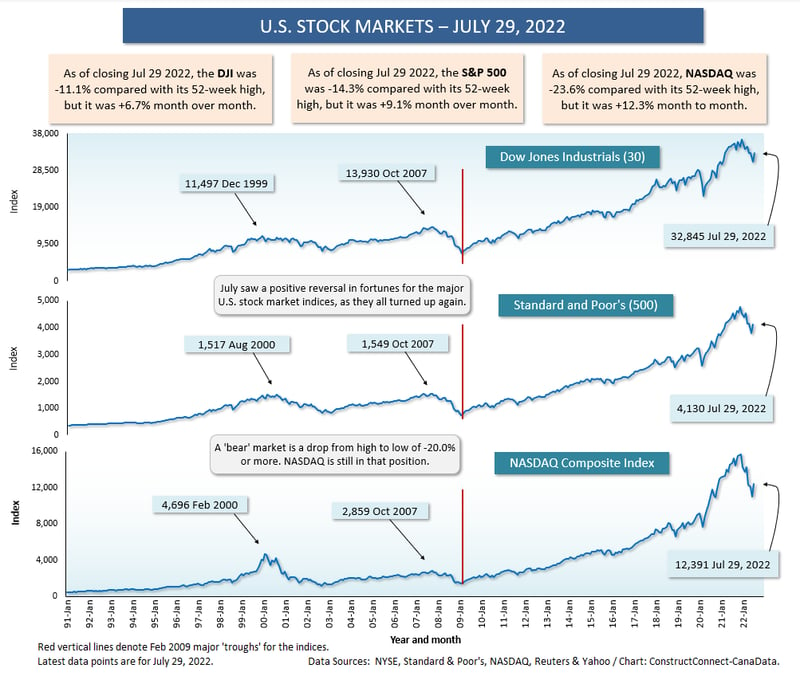 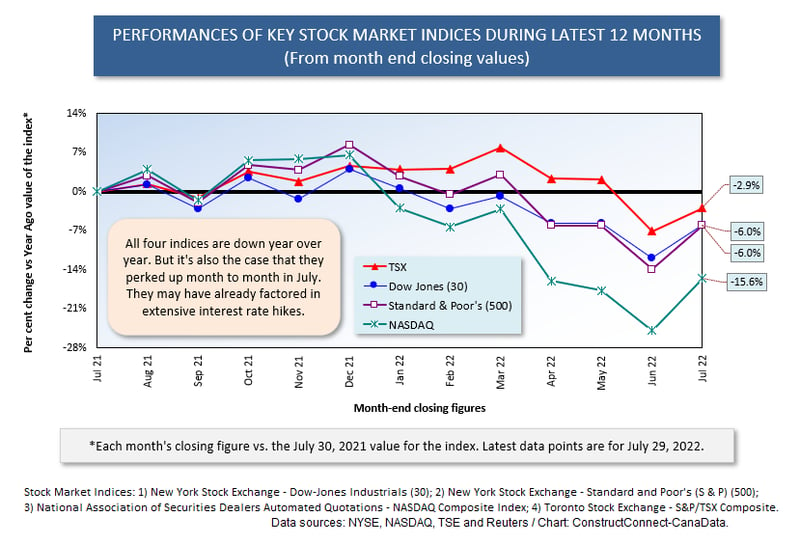 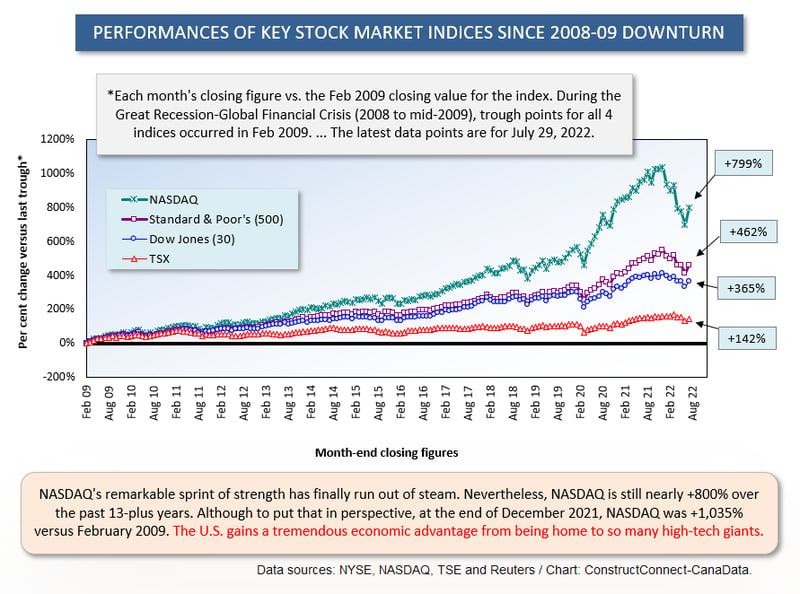 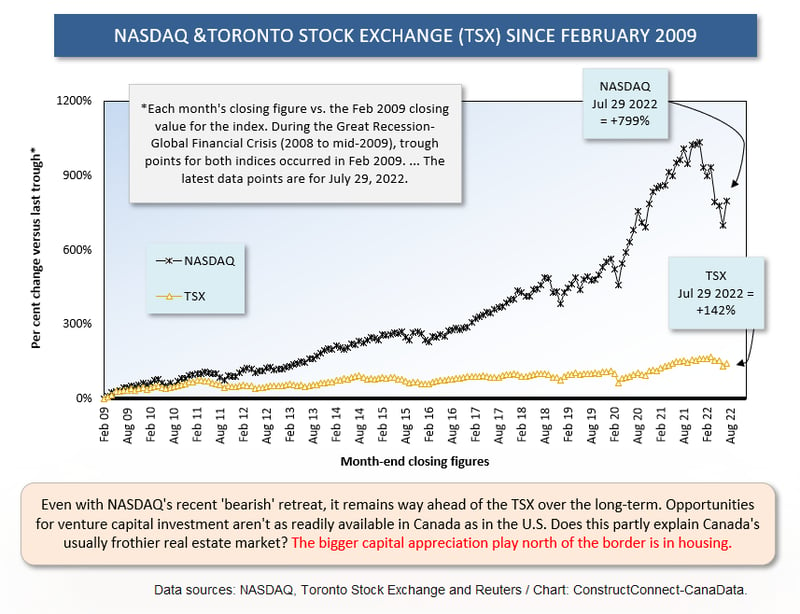 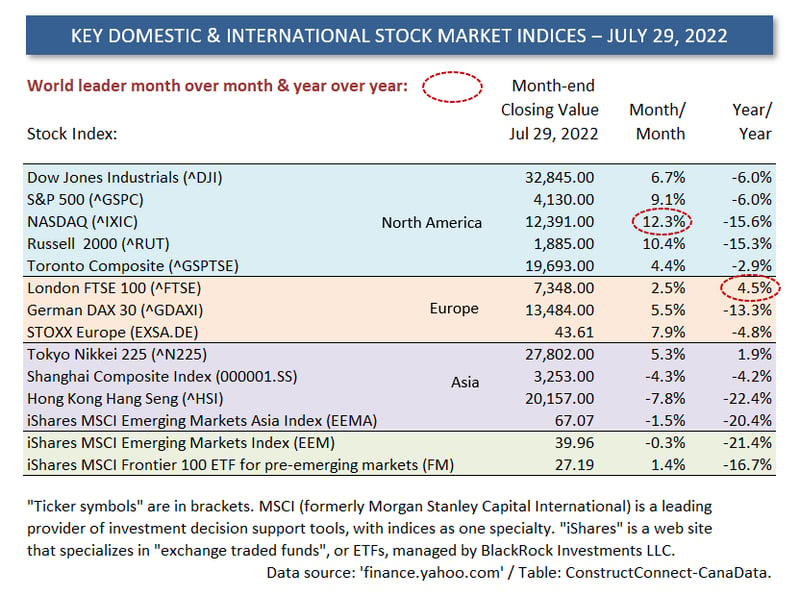 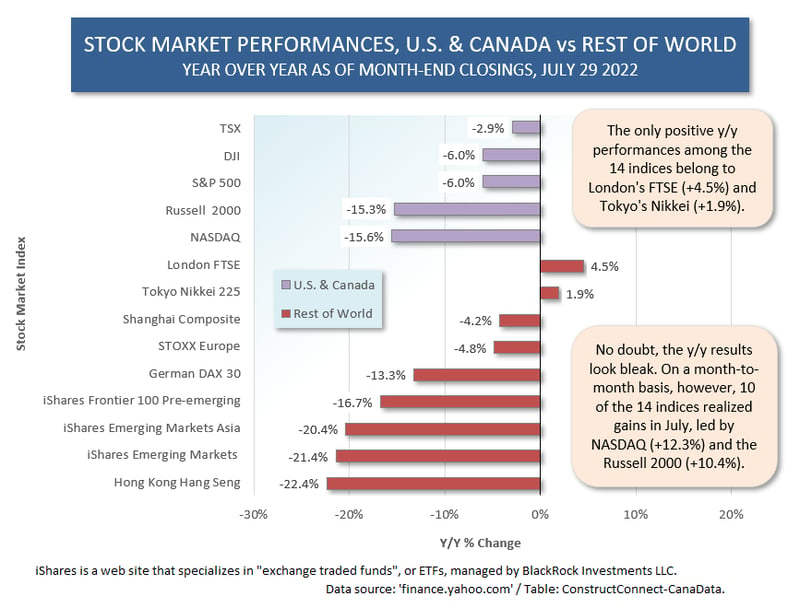 Where U.S. Jobs Are Sprouting Vs. Withering & Implications for Construction Read this Blog Post