I have a simple and straightforward way of rating U.S. major city labor markets. For the 51 metro statistical areas in the country with populations of more than a million, I first rank them according to year-over-year jobs growth, fastest to slowest. Second, I rank them by unemployment rate, lowest (best) to highest (worst).

This yields two ranking numbers for each city. I calculate their average. Then I rank the 51 cities by their average number.

According to this methodology, the best five labor markets in the U.S. right now are Austin, Atlanta, Nashville, San Jose, and Orlando. In Table 1, you’ll see those cities highlighted in tan shading. They have both good jobs growth and low unemployment rates.

The next best tier of five cities is comprised of San Francisco, Jacksonville, Tampa, Miami, and Seattle. You’ll notice that cities in Florida are doing well. They make up four of the top 10.

The second-best tier of five cities has blue shading in Table 1.

There are some cities that are performing great according to one measure but then trail significantly in the other. For example, Las Vegas is experiencing a big jump in all jobs employment (+10.3% for a 1st place ranking), but it still has an outsized unemployment rate (5.0% for a 50th place ranking).

The five worst cities for labor markets at present, according to this means of measurement, are Hartford, Pittsburg, Milwaukee, New Orleans, and Cleveland.

Let’s narrow the focus and look at only the 12 most populous cities in America. Graph 1 shows their rankings according to unemployment rates. Atlanta is number one with a not seasonally adjusted unemployment rate of just 2.4%. There’s a tie for next in line between Miami and San Francisco, both with NSA U rates of 2.5%.

Ranking the 12 biggest (by population) U.S. cities according to a combination of both jobs growth (fastest to slowest) and unemployment rates (lowest to highest) places Atlanta at the top, joined by San Francisco and Miami.

At the bottom are New York, Chicago, and Philadelphia.

Table 2 delves into the construction employment numbers for the 12 most populous cities (top set of figures) and for the other 39 cities (bottom set of figures).

By number of construction jobs, the biggest population centers are dominant. They hold 11 of the first 12 spots. Seattle, however, currently does have more construction jobs than Atlanta, Boston, San Francisco, and Philadelphia.

When the data pool is expanded to all 51 MSAs, it’s two cities in Missouri with the speediest y/y growth in number of construction jobs, Kansas City (+7.9%) and Saint Louis (also +7.9%). 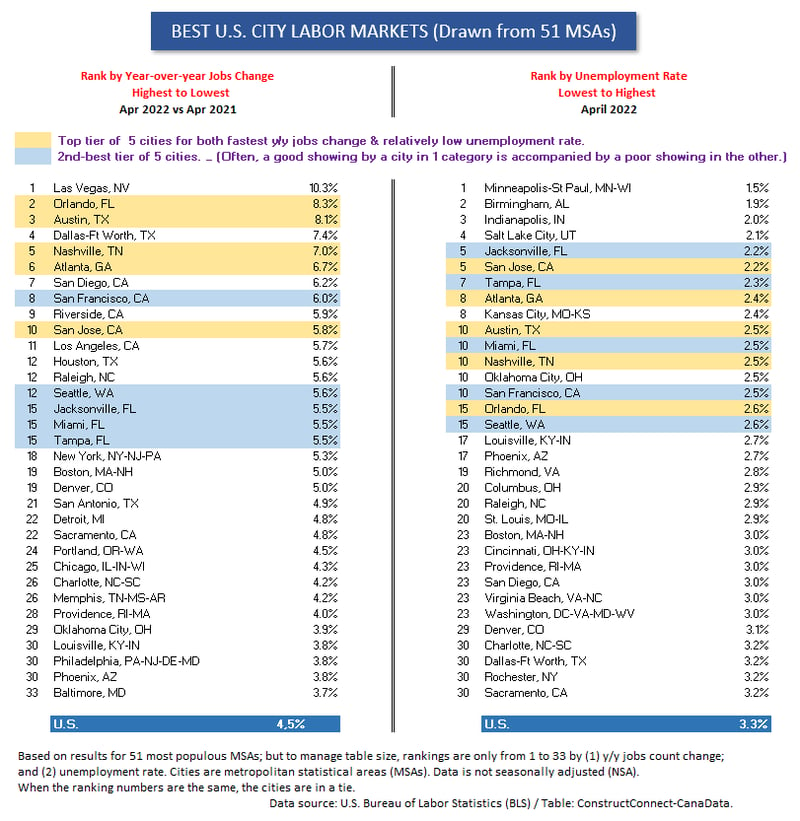 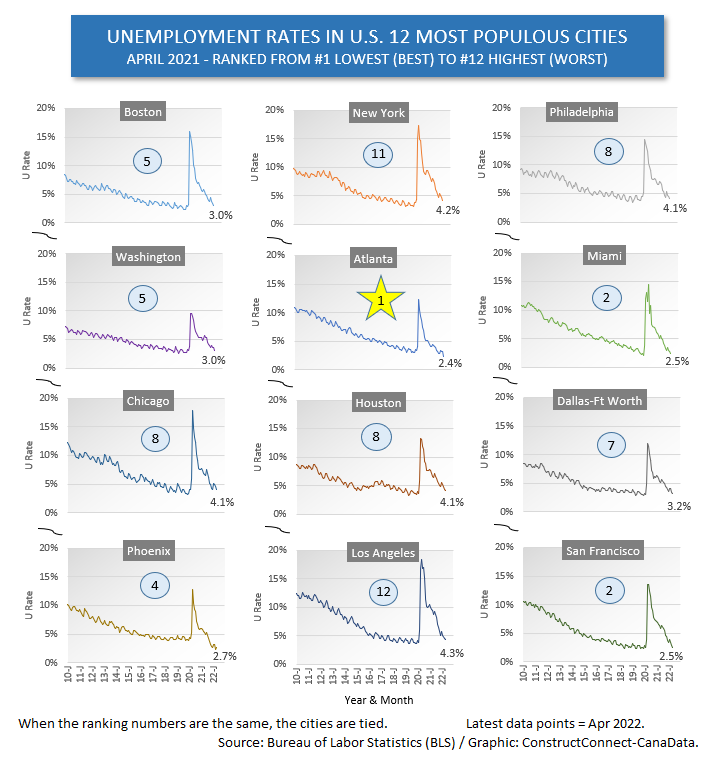 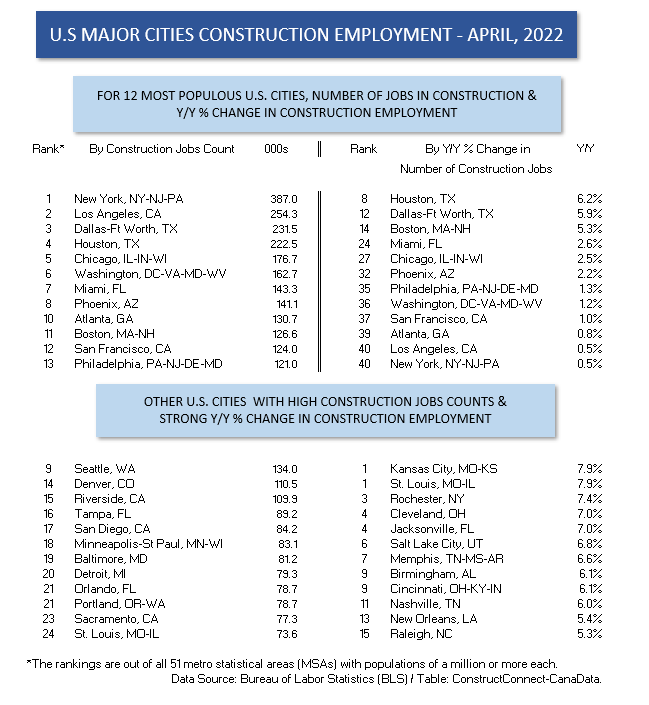