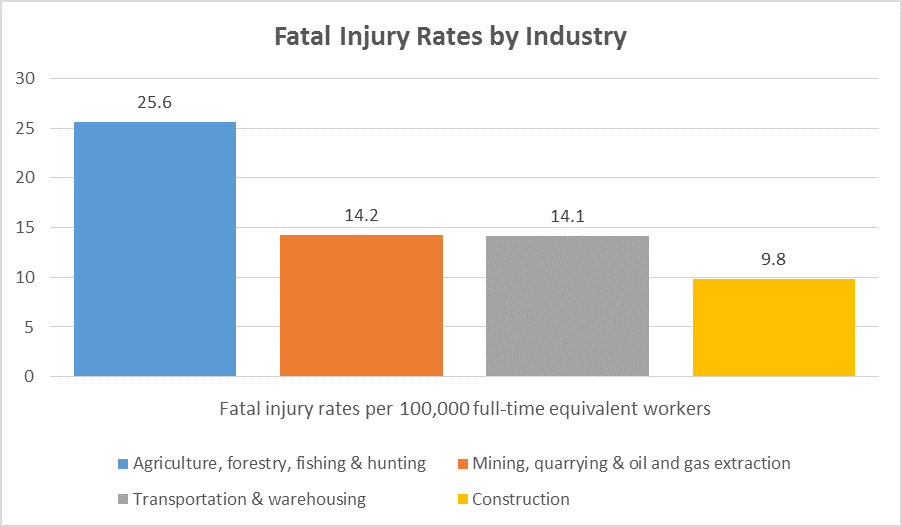 What Are the Deadliest Jobs in Construction? 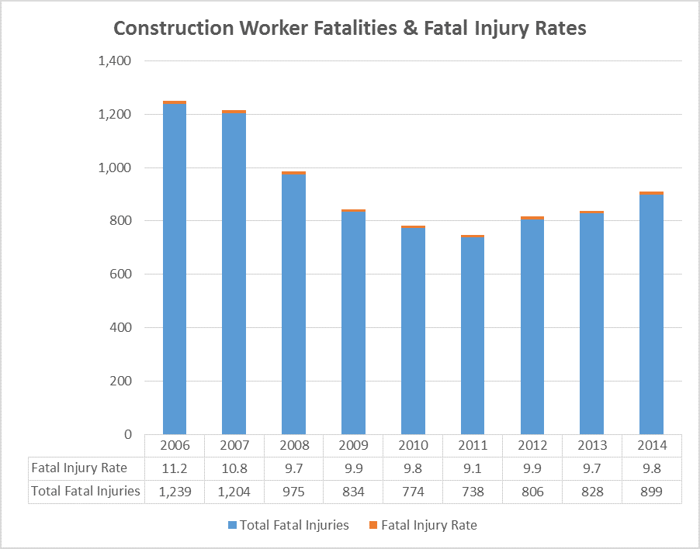 While the construction industry accounts for the most worker deaths out of all industries, it does not have the highest fatal injury rate. The industry with the highest fatal injury rate was agriculture, forestry, fishing and hunting (25.6) with 584 fatal work injuries in 2014. Mining, quarrying and oil and gas extraction (14.2) and transportation and warehousing (14.1) were next with 183 and 766 worker fatalities in 2014, respectively. 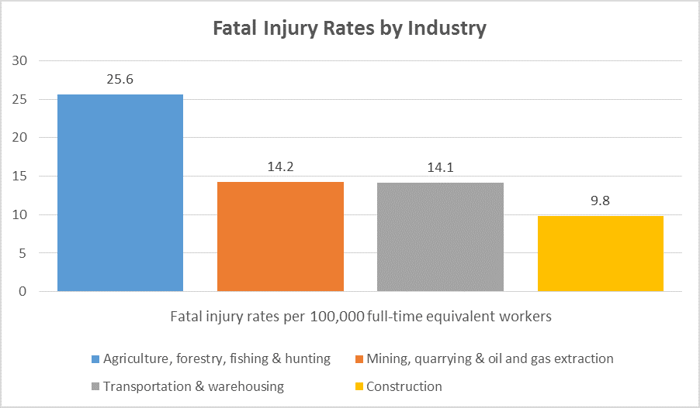 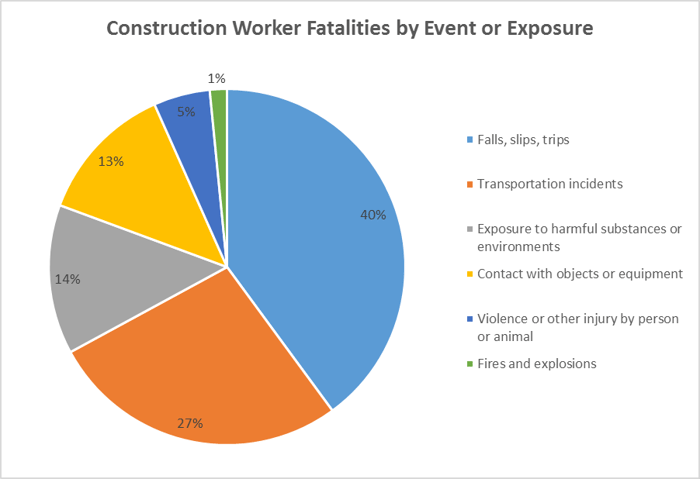 Based on the leading cause of construction worker deaths, it’s easy to see why roofers have the highest fatal injury rate at 47.4 per 100,000 FTE workers. This is an increase from the 2013 rate of 40.5 and an increase in total deaths from 72 to 83. It shouldn’t be surprising that failure to have fall protection is the most cited OSHA violation in construction. The 47.4 fatal injury rate for roofers makes it the fourth deadliest job among all workers. 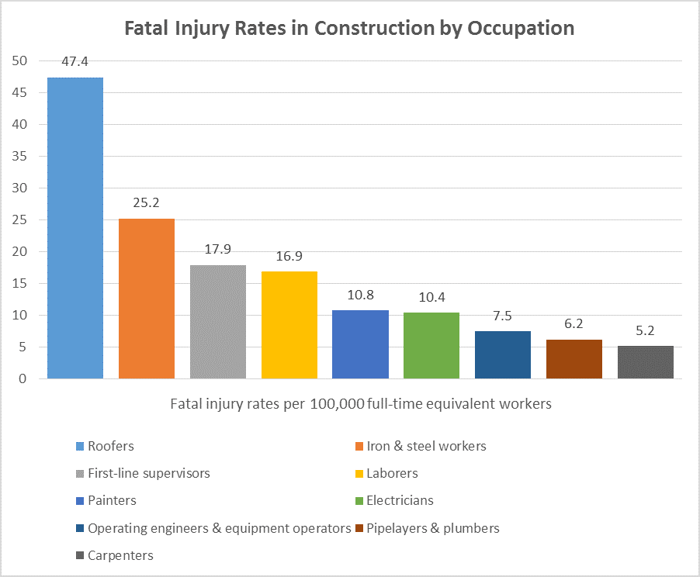 The total number of construction worker deaths have been on the rise the last few years. Part of this can be attributed to the fact that construction employment has increased as the industry recovered from the recession. The fatal injury rate hasn’t changed that much. It was 9.9 in 2012, 9.7 in 2013 and 9.8 in 2014. That being said, the industry needs to be doing a better job of creating and promoting a safe work environment and improving construction worker safety in order to reduce these numbers.