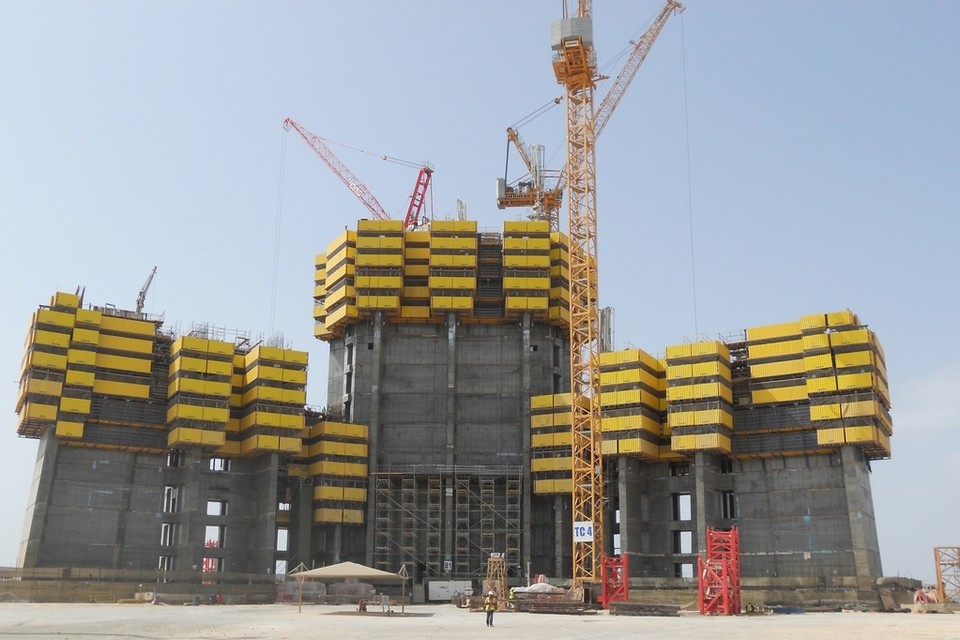 According to the Council on Tall Buildings and Urban Habitats (CTBUH), the authority on skyscrapers, we are entering the era of "megatall" buildings. Megatall buildings are those taller than 1,968 feet. Currently, there are only three such structures: Burj Khalifa in Dubai, at 2,717 ft., is the world’s tallest building and was completed in 2010, the Shanghai Tower completed in 2015 in Shanghai, China stands at 2,073 ft. and the Makkah Royal Clock Tower at 1,972 ft. in Mecca, Saudi Arabia was finished in 2012.

By 2020, the number of megatall buildings will more than double with the completion of Shenzhen's Ping An Finance Centre in Shenzhen, Greenland Center in Wuhan, Merdeka PNB118 in Kuala Lumpur, and Kingdom Tower in Jeddah, Saudi Arabia which are all currently under construction. In order to build these giants, engineers have to find new and innovative ways to defy gravity, wind vortices and lateral and seismic loads.

The world’s first skyscraper, the Home Insurance Building in Chicago, was the first tall building to make use of skeleton construction using structural steel to support the weight of the building. The quest to build taller had begun and there appears to be no end in sight to how tall we are willing to build. In a few years, we’ll see the first building to top 3280 ft. (1 km.), while taller still have been proposed. One day we may even see a mile-high skyscraper. Frank Lloyd Wright envisioned one back in 1956 called The Illinois, which he said was technically possible at the time.

The load bearing structural steel frame created by architect William Le Baron Jenney for the Home Insurance Building led to the development of the Chicago skeleton. The tube structure developed by Fazlur Khan in the 1960s involved columns along the exterior of a building which are connected to each other and the core of the building. This allowed for more usable floor space in the building since fewer interior columns were needed and were used extensively for buildings over 40 stories for decades.

Various incarnations based on the tube were developed over the years such as the trussed tube and the bundled tube which was used for the Willis (Sears) Tower. One limitation to the tube system is that the base of a building has to grow proportionally to the height meaning a much larger footprint is required for supertall buildings.

Structural systems have continued to evolve and be improved upon. For the Burj Khalifa, the buttressed core system was developed, featuring a hexagonal central core with three triangular buttresses for stability. The Kingdom Tower will feature the next evolution of this structural system with a stayed buttressed core. 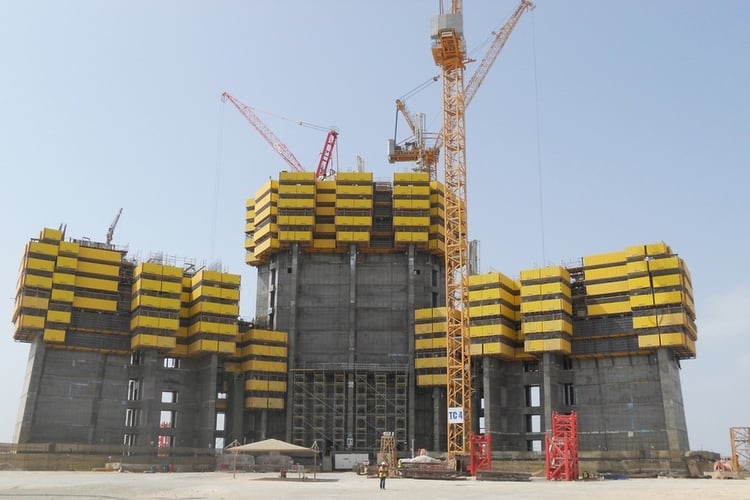 Tall buildings sway in the wind, they’re designed to. To mitigate the amount of sway that building occupants feel, some skyscrapers have mass dampers installed near the top of the building. The damper is basically a giant pendulum that acts as a counterweight and is often made of giant concentric steel plates stacked on top of each and welded together. When the wind hits the building, the damper will swing in the opposite direction at the same frequency to reduce the movement of the building.

The Shanghai Tower has a 1,200-ton mass damper suspended over an eddy current damper. The eddy current damper is made of a large copper plate covered in magnets. The electromagnetic charge created when the mass damper passes over the magnets amplifies the damping effect. Other methods for mitigating wind vortices include tapering the design of the building as it rises, putting in notches or varying cross-sections to confuse the wind or having openings through the middle of the building to weaken the vortices.

Another obstacle engineers have to tackle is the building’s transportation system. Heavy steel cables used to lift elevators limit the height an elevator can safely travel to about 1,640 ft. due to the weight of the cables. Any taller and the size of the motor and the power needed to lift them along with the structure needed to support the weight becomes unfeasible.

Getting occupants to higher floors without it taking forever or having to stop at multiple sky lobbies to switch elevators is challenging. Double-decker elevator cars and computerized controls are used to efficiently get passengers to their desired floors while minimizing wait times. New breakthroughs in vibration reduction and pressure regulation are making faster travel speeds more comfortable and less vomit-inducing.

In 2013, KONE, the Finnish elevator company, introduced UltraRope which features a carbon fiber core encased in a high-friction coating. This new cable weighs 90% less than equivalent steel cables, lasts twice as long, would reduce energy consumption by 15% and would allow elevator cars to travel up to 3,281 ft., twice the distance of the current maximum effective height of steel cables. The UltraRope was first installed at the Marina Bay Sands hotel in Singapore.

Elevators using the UltraRope technology are being installed in the Kingdom Tower currently under construction in Jeddah, Saudi Arabia. This megatall skyscraper is expected to be the tallest building in the world when completed, reaching a height of 3,281 ft. The building will use UltraRope to achieve the world’s tallest elevator rise at 2,165 ft. and feature the world’s fastest double-decker car that will travel at 22 mph. 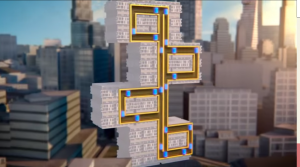 ThyssenKrupp, on the other hand, is tackling the heavy steel cable issue by getting rid of them completely. By completely eliminating the use of cables to lift and lower the elevator cars, ThyssenKrupp’s MULTI will mean elevators will be able to reach heights far beyond those allowed by KONE’s UltraRope technology. In addition to freeing elevators from height limits, it would remove the restriction of only being able to travel in two directions, up and down. The technology will allow elevator cars to run horizontally as well as vertically and for multiple cars to operate in each shaft simultaneously.

Last year ThyssenKrupp unveiled a 1:3 scale working model of their MULTI system at their Innovation Center in Gijón, Spain. They plan to have a full-scale model ready for public demonstrations next year at their new test tower in Rottweil, Germany. The test tower is expected to begin trial operations in December.

The MULTI uses the same magnetic levitation linear motor technology used in the Transrapid Shanghai Maglev Train. Transrapid International is a joint venture between ThyssenKrupp and Siemens. The control systems and safety features for the MULTI will be based on ThyssenKrupp’s TWIN elevator system which allows two elevator cars to operate independently of each other in the same elevator shaft. The self-propelled elevator cars will feature a multi-level brake system and inductive power transfers from the elevator shaft to the individual cars.

Technology is also playing a role in designing and building taller buildings. 3D printing technology has allowed engineers to easily prototype multiple building components and test them in wind tunnels. Building Information Modeling (BIM) and 3D computer modeling allow architects and engineers to accurately assess how the building will perform in real-world environments, which can lead to a reduction in redundant structural elements that skyscrapers of the past had to rely on.

Maybe one day the CTBUH will have to create a new classification, like "hypertall" or "gigatall." The proposed Bride of the Gulf  at 3,780 ft. in Basra, Iraq is set to surpass the Kingdom Tower, which is still under construction, as the world's tallest.