Construction documents prepared by Architects and Engineers most frequently use and refer to the term “workmanlike manner.” This term, an industry standard, refers to the desired and acceptable standard of quality of work and materials on a construction project. While courts may vary in their findings; the basis for evaluating workmanship standards are generally uniform.

Where claims have originated because of the application and interpretation of this term, the courts have considered and provided their determination with a definition: ***{10} Any contract to perform work imposes on the contractor the duty to perform the work in a workmanlike manner.*** Lin v. Gatehouse Constr. Co.(1992), 84 Ohio App.3d 96 101.

Where a contractor fails to perform in a workmanlike manner, the proper measure of damages is the cost to repair the damage to the condition contemplated by the parties at the time of the contract. McCray v. Clinton County Home Improvement (1998), 125 Ohio App.3d 521, 523-524.*** McKinley v. Brandt Constr., Inc., 2006-Ohio-3290.

The United States Supreme Court considered another important aspect of this requirement of workmanship, involving the Architect’s approval for payment to the contractor:

“***A contract which provides for the work on a building to be performed in the best manner and the materials of the best quality, subject to the acceptance or rejection of an architect, all to be done in strict accordance with the plans and specifications, does not make the acceptance by the architect final and conclusive, and will not bind the owner, or relieve the contractor from the agreement to perform according to plans and specifications. Glacius v. Black, 50 N. Y. 145, 10 Am. Rep. 449; Fontano v. Robbins, 22 App. D. C. 253.

There is also in the contract the provision already mentioned in the statement of facts in regard to payments as the work progressed, which showed that a certificate was to be obtained from and signed by the architect in charge before the contractor was entitled to payment, but it was provided that the certificate should ‘in no way lessen the total and final responsibility of the contractor; neither shall it exempt the contractor from liability to replace work, if it be afterwards discovered to have been done ill, or not according to the drawings and specifications, either in execution or materials.’ There is the further positive agreement of the contractor to execute and complete all the work as set forth in the specifications in the best and most workmanlike manner, and also that final payment is to be made only when the houses are completed in accordance with the agreement and the plans and specifications prepared therefor. 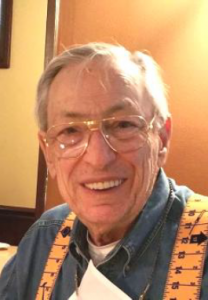 J. NORMAN STARK is an Attorney-at-Law, Architect Emeritus, (AIA, NCARB), admitted to practice law before the Bar of Ohio, the US District Courts, Ohio, the US Court of Appeals and the U.S. Supreme Court. He has over 40 years of experience in construction and consulting expertise in construction accidents and disputes. He has professional experience in Business and Personal legal claims, Real Estate, Public and Private Construction, Litigation, Arbitration, Mediation and Expert Witness services.  His office is in Cleveland, Ohio.