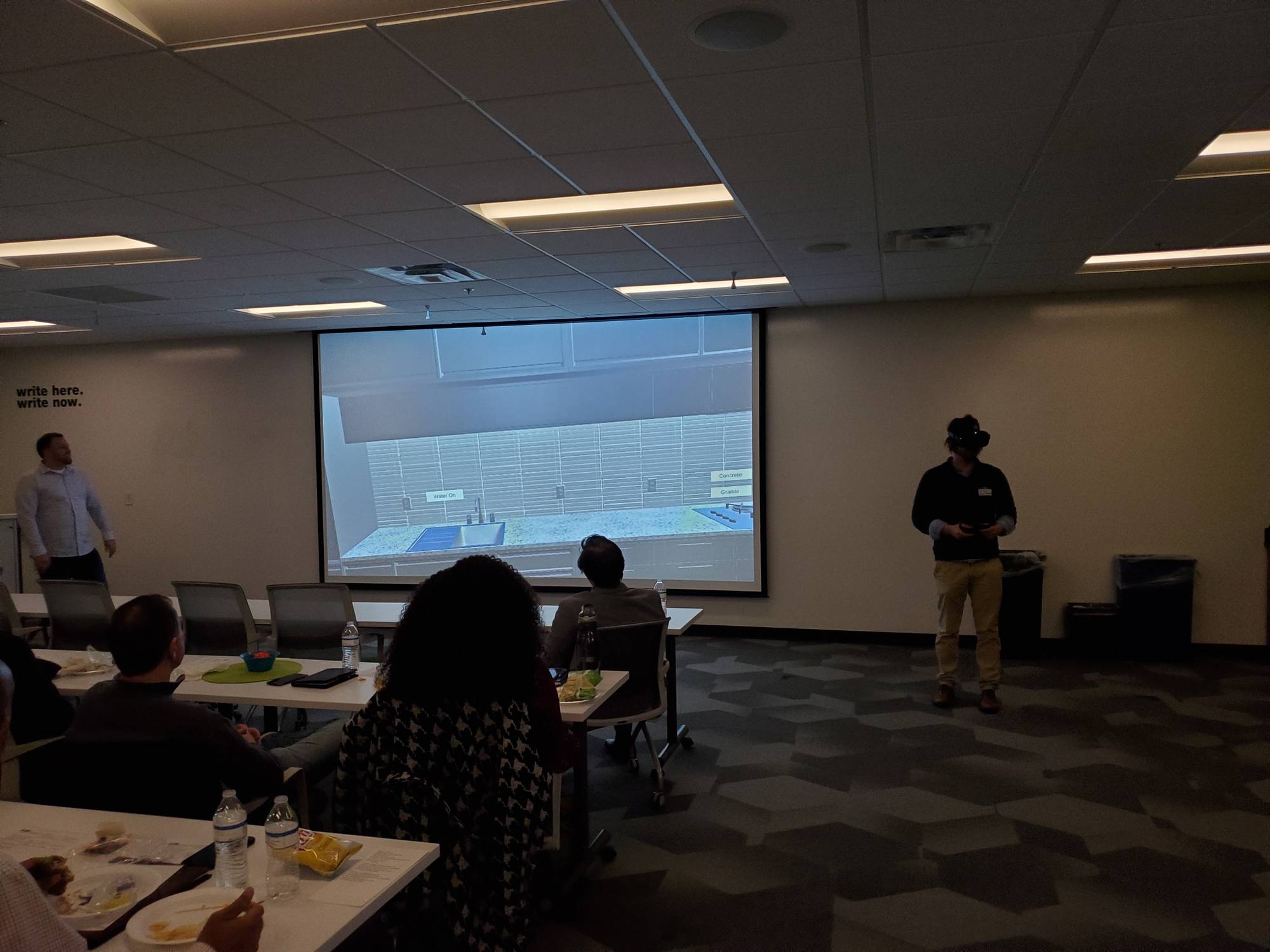 When you’re in the construction technology industry, it’s important to invest in both your people and their passions—and it’s a win-win when those efforts benefit all involved.

It’s also great when these efforts are recognized by your peers. That’s the good news from the ConstructConnect Atlanta, GA office where Adam Gazaleh, Product Manager, BPM, and Shunte McMillian, Sales Engineer, were honored by the PMI (Project Management Institute) for their sponsorship role with the PMI Atlanta AEC (Architectural, Engineering, and Construction) Forum during their holiday event.

Overall, the PMI Atlanta chapter has more than 5,000 members and is one of the five largest chapters in the world today. The PMI Atlanta AEC Forum is a focus group that regularly hosts events on a wide range of topics in the architectural, engineering, and construction fields. The group showcases the importance of solid project management in these related fields. With the goal of providing a foundation for people in the AEC industries, the Forum promotes leadership by applying project management principles.

Stepping Up to the Job

Gazaleh joined PMI in August 2017 and obtained his Project Management Professional (PMP) certification in March 2018. After joining the ConstructConnect office in Atlanta more than a year ago, he got involved with the Atlanta group and became an active member of the PMI Atlanta AEC Forum.

After the AEC Forum lost its sponsor this year, he encouraged the ConstructConnect leadership team to become the group’s official sponsor. ConstructConnect’s strong ties with general contractors, trade contractors, building product manufacturers, estimators, and architects made it a perfect fit to become the official sponsor of the AEC Forum Atlanta Chapter, he said.

Part of the sponsorship duties involve organizing monthly meetings and setting up the meeting space at the ConstructConnect offices, which serves as a host site.

One of the most exciting parts of working at ConstructConnect and being active in the PMI Atlanta AEC Forum, Gazaleh said is getting a front-row seat to cutting-edge technology. The opportunity to preview innovative products just entering the construction tech space is part of what drives ConstructConnect’s commitment to the group.

The demonstration was a great chance to see up close how a VR model can help the AEC industry develop better quantity takeoffs, cost estimates, and improve coordination between subcontractors. In this case, a VR model turns the process of reading 2D plans on-site into seeing the finished product in all its phases in a real-time full scale. The company showcased how full-scale VR walkthroughs cross all language barriers and hold the potential to revolutionize communication between clients, architects, engineers, contractors, and code inspectors.

“It’s very cool the way you can put on the headset and walk around the virtual room. If you’re the designer, you can move countertops and change colors and wallpapers etc. If you’re an electrical engineer, you can remove drywall and see potential issues with the wiring plan,” Gazaleh said.

For ConstructConnect, one of the key benefits for taking a leading role in the PMI Atlanta AEC Forum is the chance to better understand the pain points of the very industry it serves. ConstructConnect helps commercial construction firms simplify and streamline preconstruction with the largest network, most accurate project information, and the only all-in-one platform with anytime, anywhere access.

The ConstructConnect leadership team enjoys being involved in such an active, prestigious network. “It helps us stay abreast of industry trends and network with others in the AEC space, plus it helps us explore the broader industry,” Gazaleh said.