You’ll often hear that the residential real estate market will be the first among all players in the economy to signal a cyclical change—e.g., from recession to recovery or vice versa—brought on by central bank interest rate action.

This is an important topic in the context of current worries about recession due to the Federal Reserve lifting its federal funds rate from essentially zero to a range between 1.50% and 1.75% and the Bank of Canada hiking its overnight rate from 0.25% to 2.50% in four steps since early March.

By the way, it’s not always true that new and resale home markets are ultra-responsive to interest rate moves. When the federal funds rate was lowered after the financial crisis of 2008-2009, it still took years for U.S. housing starts to regain anything like their former vigor.

The key determinants of housing demand are probably captured in the word affordability, which has several components, with mortgage rates and pricing taking precedence.

The latest Primary Mortgage Market Survey conducted by Freddie Mac has the conventional 30-year fixed rate mortgage in the United States now sitting at 5.54%. The average in 2021 was 2.96%.

The conventional five-year fixed mortgage rate in Canada has climbed above 6.00%, according to BoC statistics. At its lowest point in recent times, it was 4.79%.

The National Association of Realtors is saying that higher financing costs and jacked-up prices are causing a contraction in existing home sales. Resales of single-family structures, townhomes, condominiums, and co-ops (all combined) fell for the fifth straight month in June to 5.12 million units, seasonally adjusted and annualized. June’s performance was -5.4% versus May and -14.2% compared with June 2021.

The setback in sales was partly due to a surge in prices. The NAR has calculated that the median sales price for existing homes in the United States is now $416,000, which is a new peak and +13.4% year over year.

The median is different from the average in that it marks the spot located in the middle among all the observation points, with half to the one side (or above it) and half to the other side (or below it).

While U.S. resale home prices may still be seeking higher ground, home prices north of the border have been showing some tendency to level off.

According to the Canadian Real Estate Association, the average price of a home resale in Canada is now $665,849, but that’s -1.8% relative to June of a year ago.

The two cities in Canada, however, that garner the lion’s share of housing market attention, are still recording amazing numbers. In June, the Multiple Listing Service benchmark price for houses in Greater Vancouver was $1.236 million, +12.4% y/y.

Toronto, with a benchmark price of $1.205 million, and +17.9% y/y, has been striving mightily to catch up with Vancouver.

The calendar has moved a little further along from June, however, nearing the end of July, and reports are beginning to emerge of some Canadian homes being sold for less than their asking prices, something that was unheard of earlier this year. 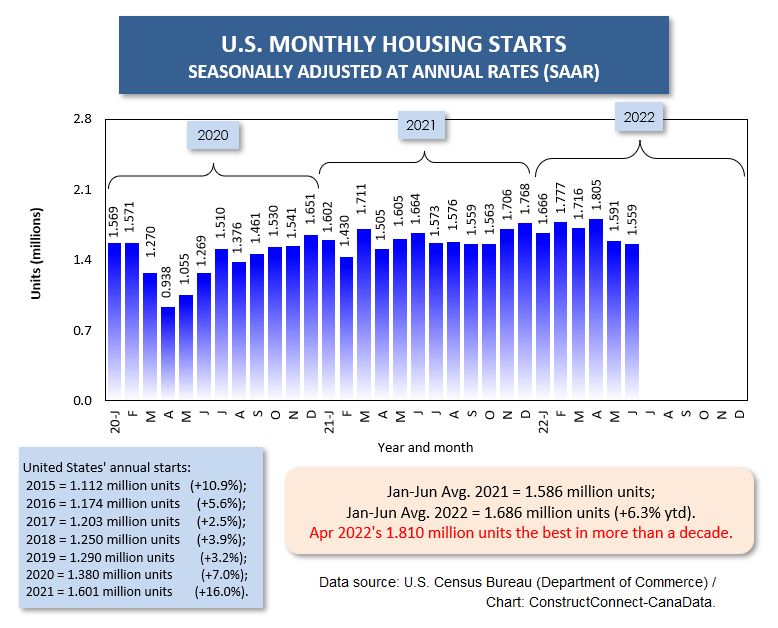 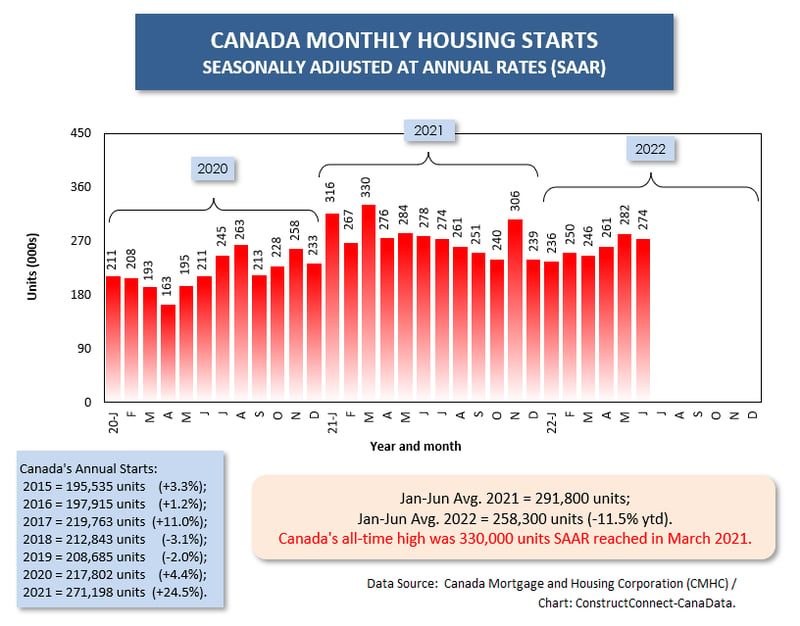 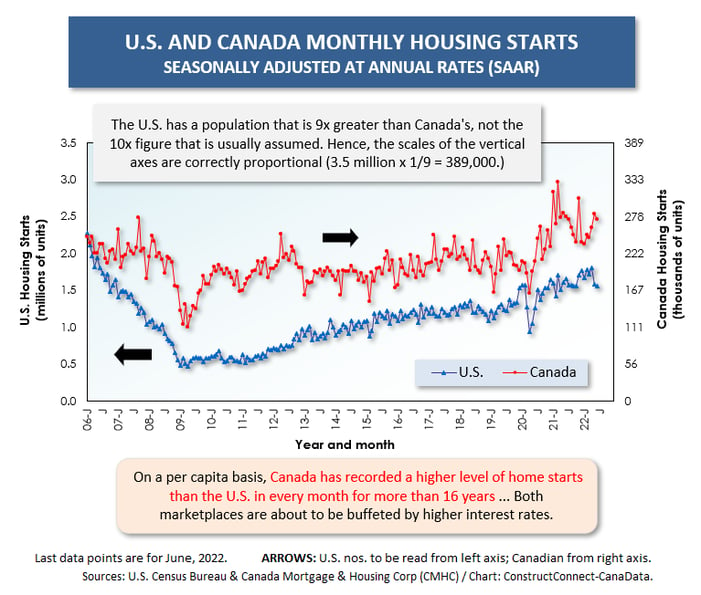 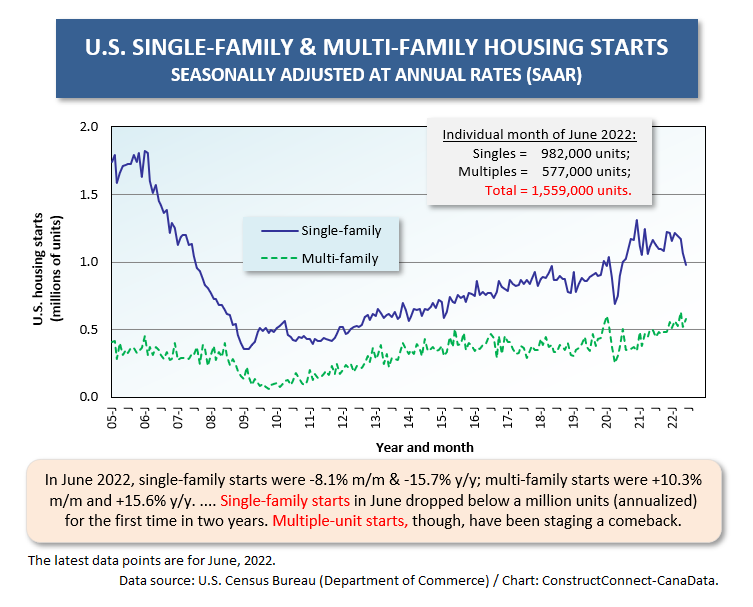 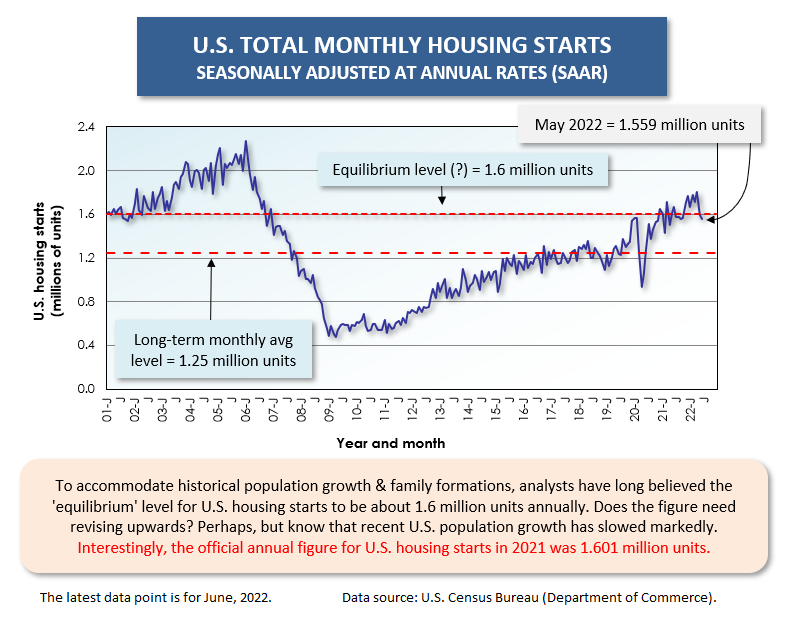 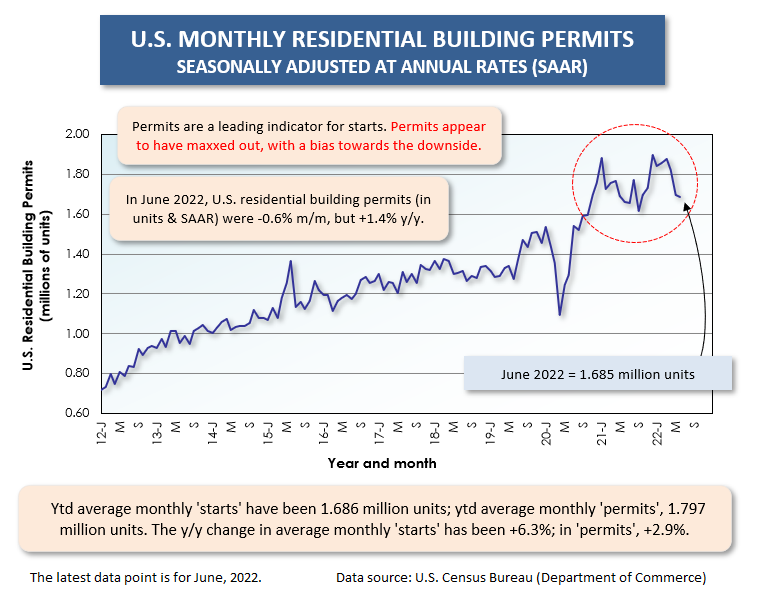 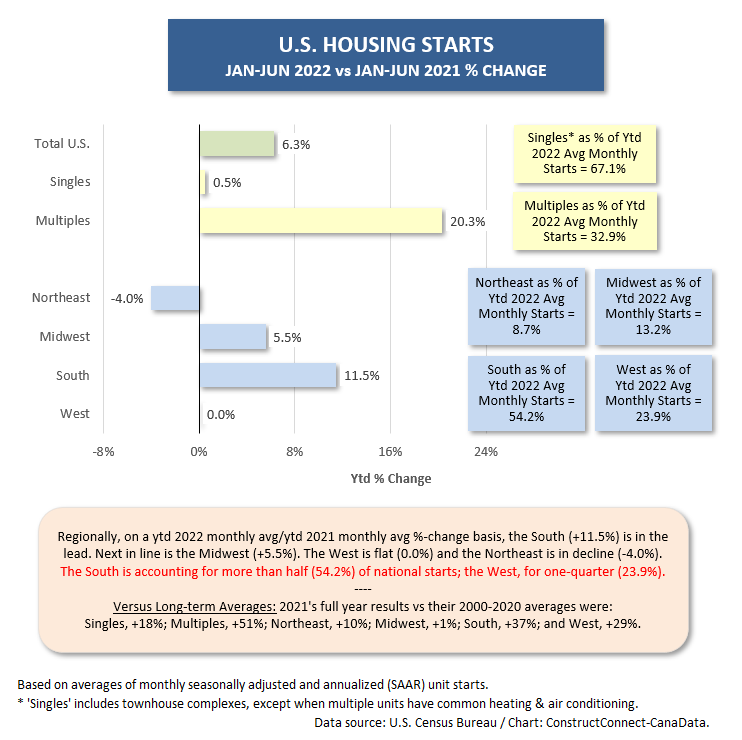 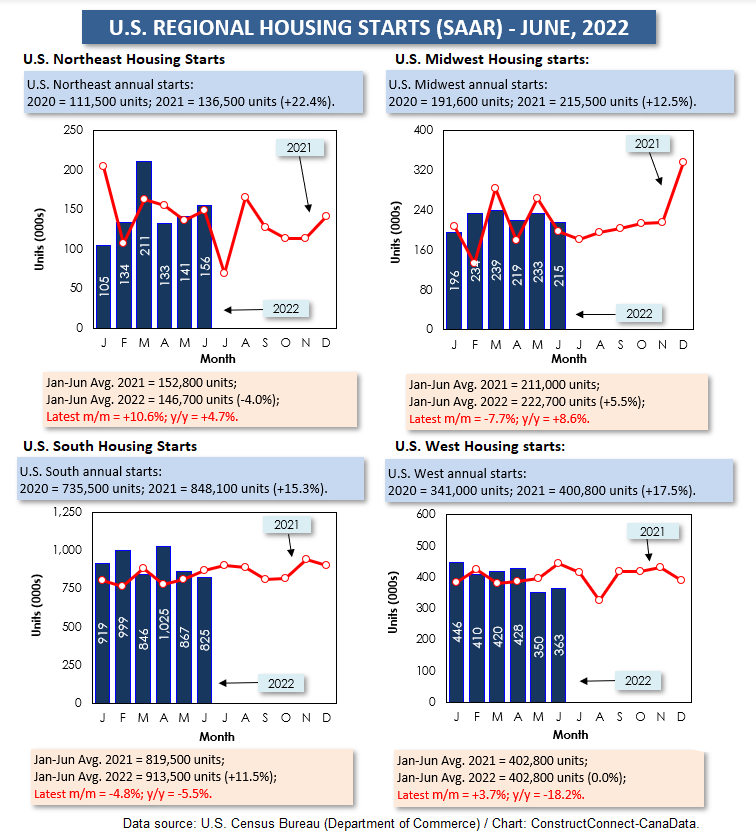 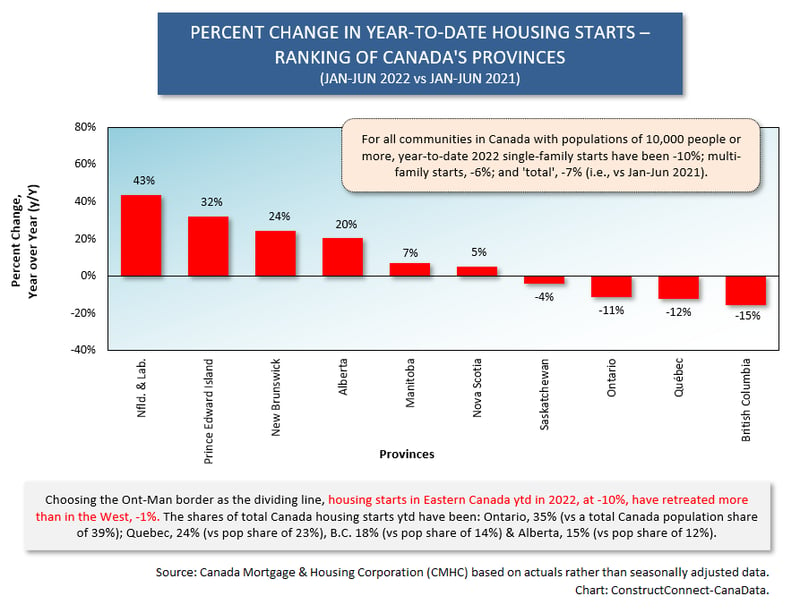 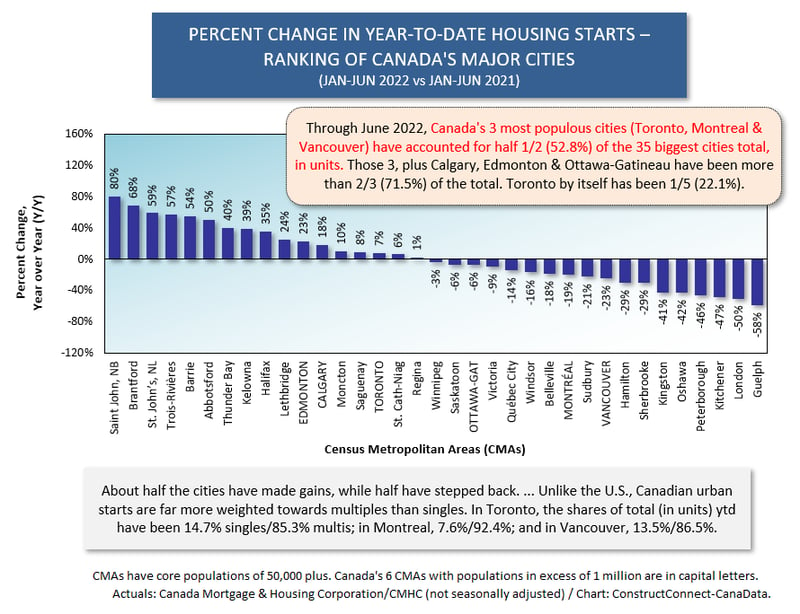