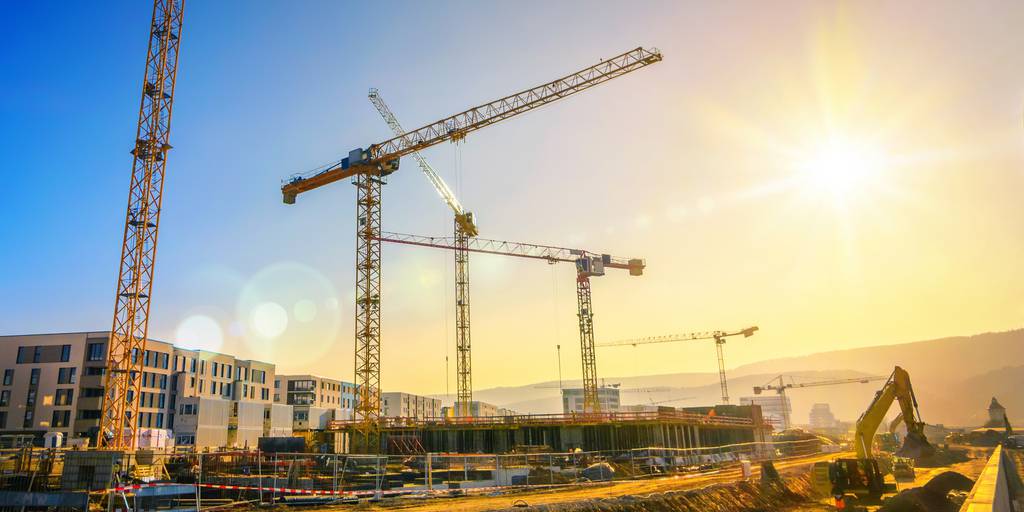 5 Commercial Construction Trends to Watch in 2019

All in all, 2018 was a good year for the commercial construction industry. Construction spending was up and there were 280,000 jobs added last year. The latest report on workplace fatalities with data from 2017 shows that construction worker deaths declined for the first time since 2011. 2018 was also a record year for venture funding in construction tech startups.

On the other hand, we also continue to see construction firms dealing with labor shortages across the country and rising construction materials caused by the threat and reality of tariffs and trade wars and we went another year without a new infrastructure spending plan.

So, what should we look forward to in 2019 in commercial construction? Here are five trends we are keeping an eye on as the year unfolds.

The possibility of another economic downturn in 2019 or 2020 could negatively impact the construction industry but is not expected to be anywhere near as drastic as the last recession. Increased labor costs and tariffs on construction materials are causing construction costs to continue to climb, which could also slow construction spending growth this year.

2018 was a banner year for investment funding in construction startups. According to Crunchbase, through the first three quarters of 2018 construction tech startups raised $1.27 billion in venture funding. That’s 124% higher than the $563.5 million raised during all of 2017.

There were also a few notable acquisitions of construction tech startups in 2018. Autodesk shelled out $1.5 billion to acquire BuildingConnected and PlanGrid over the last couple of months in addition to buying Assemble Systems earlier in the year. Trimble acquired Viewpoint for a whopping $1.2 billion in April and e-Builder for $500 million last February.

These acquisitions and investments are betting big that technology is the future of construction and we’re starting to see that play out on the construction site.

While we may not see the record number of venture funding in 2019 that we saw last year, there should still be heavy investment in construction tech startups as they seek to disrupt and advance the industry. We’ll also continue to see more firms adopting technology to improve productivity and deliver projects on time and within budget while eliminating waste and delays.

According to the Bureau of Labor Statistics (BLS), the construction industry added 280,000 jobs in 2018 and the unemployment rate dropped below 4.0% a handful of times before creeping back up to 5.1% in December. While those numbers are good, the number of job openings in construction in November 2018 was 278,000, after hitting a high of 323,000 openings in October, which was about the total number of jobs added for the entire year.

The labor shortage is still being felt around the country as firms try to hire and retain enough workers to keep up with demand for construction. The Associated General Contractors of America just released the results of their latest survey on construction hiring revealing that 79% of firms expect to add headcount in 2019. Despite the desire to add more workers, 78% of firms report having a difficult time finding workers to fill salaried and hourly craft positions.

Data from the BLS shows that average hourly wages in construction were up only 3.86% for all employees in 2018 and nonsupervisory employees saw earnings increase only 4.24% last year. In addition to increasing wages, construction firms still have a long way to go in attracting and retaining the next generation of workers as they try to add more skilled workers to their payrolls.

Another big item to keep an eye on is the price of construction materials. Prices for construction materials were already on the rise before the threat of tariffs and trade wars became a reality. A failure to address tariffs on items like steel and aluminum in the United States-Mexico-Canada Agreement which replaces NAFTA still needs to be worked out and the deal still needs to be approved by Congress.

A 25% tariff on $200 billion worth of goods imported from China that includes materials like steel, aluminum, plywood, and floor and wall tiles has been temporarily put on hold while negotiations continue could still become a reality if an agreement isn’t reached by March 2.

These tariffs could also drive prices for domestic building materials higher as demand increases and the availability of domestic aluminum and steel struggle to keep up.

Prescient Construction, which uses proprietary software and a patented manufacturing process to design and build structures ranging from hotels to apartment buildings to student housing, secured $50 million in funding in 2018 following a funding round in 2017 that netted them $40 million.

When executed correctly, offsite construction has the potential to improve productivity, reduce costs, and shorten construction times. Construction in a controlled environment also means you can accomplish more with fewer skilled workers and improve construction safety by eliminating a lot of the hazards common on conventional construction sites.

Look for offsite construction to continue making inroads in 2019 as more developers and general contractors turn to the technology to meet increased demand for certain types of projects.

Will 2019 be the year that we get a major, comprehensive infrastructure spending plan to repair the deficiencies and make improvements to the nation’s crumbling infrastructure that the American Society of Civil Engineers gave an overall grade of D+ to back in 2017? The answer is a hard maybe.

Newly installed Speaker of the House Nancy Pelosi (D-Calif.) has said that infrastructure spending would be a major policy agenda in 2019 and one of President Trump’s key campaign promises was to deliver a $1.5 trillion infrastructure spending plan. This seems like an easy win-win for both parties on a fairly bipartisan issue that would stimulate the economy with a strong multiplier effect.

The problem is that we are in the midst of the longest partial government shutdown on record with no signs that an end is coming in the immediate future as President Trump and Democrats clash over funding for a border wall. Right now, it seems unlikely that Trump will sign any legislation passed by the House and Senate until he gets the $5.7 billion he wants to build a wall between the U.S. and Mexico.

The other issue with coming to an agreement for infrastructure spending will come down to funding. Raising the gas tax and relying heavily on private investment are two ways that have been floated in the past, but no current plan has been put forward yet on how to pay for it all.

What do you think? Let us know what commercial construction trends you are keeping an eye on in 2019 in our Comments section.

Worried about a slowing of construction spending or another economic downturn? ConstructConnect can help keep your project pipeline flowing and find the best projects for your company to bid.

Robots Are Coming to the Construction Site Read this Blog Post