While early builders proved that construction with primitive tools and materials is possible, it would take them generations to accomplish what modern teams can do in a few months.

Today’s equipment takes much of the weight off workers’ shoulders, but there are limits to what even this technology can do. What are the common signs of overworked construction equipment, and what can business owners do to prolong these machines lives?

Fluids are the literal lifeblood of heavy equipment. From oil and transmission to the fluids that maintain pressure in hydraulic systems, these levels need proper upkeep to ensure everything runs smoothly and functions correctly. If these levels are found to be perpetually low, it could be a good indicator that equipment is getting overworked.

The majority of these fluids are contained in closed or semi-closed systems, so if their levels are dropping, it’s a good indicator that there is a leak somewhere. If an external leak isn’t found during an inspection, then internal seals could be broken, leaking fluids into other parts of the engine or hydraulic system.

Warning lights might be annoying, but they are there for a reason. They’re connected to sensors that alert operators when things aren’t running the way they’re supposed to. Ignoring them or putting electrical tape over them so they’re no longer visible doesn’t make the problem go away. If anything, that will make things worse and likely to fall apart.

Overworking heavy equipment will cause these warning lights to illuminate more often than normal. The bigger problem might even be when they stop turning on without a fix. That doesn’t mean the issue has resolved itself, but that the sensors have burned out and stopped functioning altogether.

Equipment failure is often a fact of life, but many common causes are entirely preventable. Overworking equipment can accelerate these breakdowns, adding undue wear and tear to all the moving parts. In addition to causing massive delays, downtime can be costly. Broken-down equipment means jobs can’t get done, and companies will find themselves on the hook for repairs as well as struggling with delays and deadlines.

Many of these breakdowns are easy to prevent with regular maintenance and inspections. It sounds simple, but sticking to a schedule can make a world of difference. It’s worth it, even if that means taking a piece of equipment offline for a while,

The exhaust of a car or a piece of heavy equipment can be surprisingly telling when it comes to the vehicle’s health. Normal exhaust is colorless or may contain a white tinge when an engine first starts up due to condensation in the pipes. This is to be expected. There might be a problem when the colors start changing.

Thick white smoke in the exhaust can indicate water or coolant is making its way into the combustion chamber. Blue smoke means an internal oil leak, and black smoke is a sign the engine is burning too much fuel. Paying attention to the exhaust helps operators diagnose problems quickly before they cause too much damage.

Sometimes, the best diagnostic tool is a pair of ears. Someone who spends a lot of time behind the wheel of a particular piece of equipment will learn the sounds that it makes under normal conditions. It becomes a bit like a soundtrack, with each note in its place. If something starts to sound off—like a note going flat in a symphony—it becomes easy to pick out.

Listen for things that sound out of place, such as hisses or rattles or things that simply don’t seem right. A small problem might present as a simple out-of-place sound before it grows into something more complicated and expensive.

Put on the Brakes to Avoid Equipment Failure

The press to meet deadlines and get things done in a timely manner is understandable, but it's no excuse for overworking your fleet. Slow down and ensure that all operators are aware of the warning signs. Don’t rush through projects when it will put your fleet of your employees at risk. Taking chances like that simply isn’t worth it. 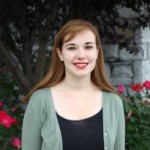 6 Tips for Dealing With Subcontractor Default Read this Blog Post

Stop wasting time bidding projects that aren't a good fit for your business. Use the tool to ensure you: