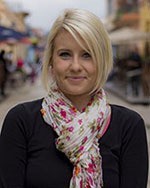 Cash Flow: The Hidden Cost of Growing Your Construction Business

For many construction businesses the biggest obstacle they face isn’t finding enough qualified workers or even bidding for jobs, it’s actually cash flow — specifically, not having enough of it to pay for liabilities like bills and payroll. According to a recent study conducted by TSheets and zlien, 1 in 5 construction companies faces a cash flow problem.

The surprising cause of cash flow problems

After 10 years in business, Brooke and Kevin Smith*, the husband-and-wife owners of an Illinois-based construction business, are no strangers to cash flow problems.

Brooke says the majority of the couple’s cash flow problems came with the growth of their business. When they started, they were primarily working in the residential realm for “neighbors down the street.” Getting paid never seemed to be a major issue, but that changed when they moved to doing remodels for large corporations. The jobs come with “game-changing money” but more unknowns about payments and billing.

“Corporate America seems to slow-pay you,” said Brooke. “If you do Bob and Mary’s house down the road, it’s for less money, but they pay you because they know you. The big corporations just seem to take forever. We always get paid in the long run, but it just takes a lot longer.”

Late payments are the norm, but do penalties work?

The TSheets survey also found only 8 percent of construction companies are always paid on time. And while not every client causes a cash flow issue for the Smiths’ business, Brooke estimates 4 out of 10 clients don’t pay at the time they agreed to in their contracts.

Brooke and Kevin fear the threat of late payment fees will deter clients who could simply hire a different business, one that doesn’t charge fees.

Although it’s a harsh reality for the majority of construction companies, cash flow problems, unfortunately, have a way of bleeding into future business goals. According to the TSheets study, 1 in 4 respondents says cash flow problems are preventing their business from growing.

One of the couple’s loftiest goals is to eventually fill an office space outside of their home, but their cash flow problem is hindering them from checking that goal off of the list. They are constantly worried about adding the extra stress of rent and utilities and don’t want to rely on their savings to cover the added cost.

Not having a space separate from their home office has caused constant stress in their lives. While many people can escape work simply by stepping into their home environment, the couple is not afforded that luxury. At the end of a long day, they can’t just put work problems behind them.

“It’s hard,” said Brooke. “I guess if there was more cash flow, we would have more disposable income for extra rent for an office space.”

While situation aren’t always identical, many companies deal with cash flow issues in some way, shape, or form. For most, it’s not if they will see those issues but when, and how they handle them can make or break any business.

*Names have been changed to protect the identity of the individuals. 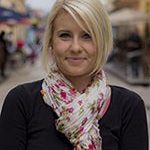 Lacey Darrow is a marketing analyst for TSheets by Quickbooks. She studied journalism at Arizona State University at the Walter Cronkite School of Journalism and Mass Communication before beginning her career as a reporter.  She recently transitioned from the world of news into telling the stories of customers at TSheets. When she is not working you can find her hiking, biking, eating her way around Boise, or playing with her dog.