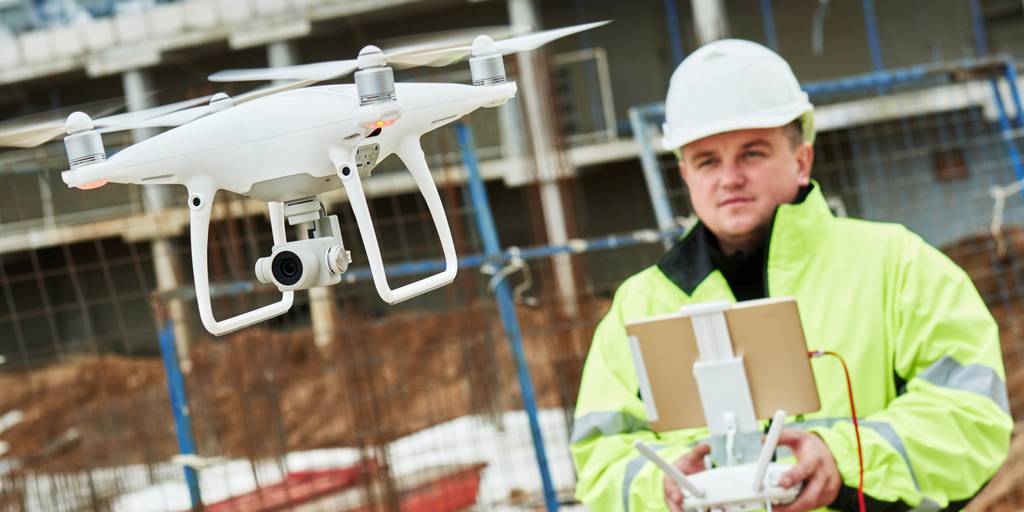 When it comes to investing its hard-earned dollars in technology, you can’t say the construction industry hasn't been consistent. As in recent years, the 2018 JBKnowledge Construction Technology Report found that construction firms are still investing less than 1% of annual sales volume in technology.

Even as cutting-edge tech promises even greater productivity and profitability, construction firms are still proving slow to jump on the bandwagon, according to the latest ConTech Report. For some, this will come as further evidence that contractors aren’t willing to bet more on technology—especially considering that Gartner predicted in 2017 that global Information Technology (IT) spending would increase by 6.2%.

Compared to other industries which average a 3.28% investment of sales volume in technology, the construction industry continues to lag behind even the manufacturing industry, which invests 1.95% of revenue in technology, according to Deloitte’s 2016–2017 Global CIO Survey.

With all the investment and hype around everything from 3D printing to the Internet of Things (IoT), it is unclear why contractors are hesitant to dig deeper. Construction tech has clearly been attracting more and more dollars from Silicon Valley, raising $1.27 billion in venture funding in the first three quarters of 2018. This is 124% higher than the $563.5 million raised in all of 2017.

For investors, they see a tremendous upside in a tech-savvy construction future. Projects would run much more effectively with user-friendly apps that enable real-time communication among crews using handheld and mobile devices. They envision 5D Building Information Modeling (BIM)—a 3D digital representation of a project overlaid with detail on scheduling and cost—working together with augmented reality and virtual reality technology to create a seamless workflow.

All of this raises the question: will 2019 be the year construction firms finally embrace digital tools and invest in tech in a big way? If IT budgets in 2017 and 2018 are any indication, it would seem the jury is out on whether contractors will find more dollars for tech and ramp up IT hiring.

On the plus side, the KPMG 2017 Global Construction Survey found that 72% of respondents felt that technology played a prominent role in their strategic plan. However, less than half—48%—said their company lacked a specific data/technology plan.

Specifically, the majority (46%) of respondents to the 2018 ConTech Report invested less than 1% of their annual sales volume on IT. Compared to the 2017 survey, there was double the number of respondents from smaller companies (building less than $1 million annually). However, as with previous years, the largest number of participants worked for firms with annual sales volume between $21 million to over $500 million.

The bottom line is companies participating in the survey spent nearly the same percentage of revenue on technology in 2018 as they did in 2017. Here are a few of the more interesting survey facts on how firms planned and budgeted for technology in 2018:

IT Leadership is Shifting

On a positive note, the ConTech Report did show a trend in more companies moving toward hiring dedicated Construction Technologists. For most construction firms, the survey found CFOs and CEOs are still in charge of IT departments with only larger firms reporting IT leadership falling under CIOs, CTOs, and the new Chief Data Officer role.

It is also interesting that the size of IT departments has also been consistent since JBKnowledge began the report in 2012. The majority (65%) of those surveyed reported having small IT departments of one to five dedicated employees. Participants noted a mixed bag of tech support with staffs stretched thin and more reliance on outsourcing. Also, nearly half reported using indirect billing so it does appear contractors are getting creative when it comes to billing for IT expenses. The good news is tech is being billed as a revenue generator, not a cost center.

Pressure Building for Higher IT Budgets

One thing is clear: Technology can deliver projects faster, cheaper, and more efficiently. For 2019, many experts see automation spreading from one jobsite to the next. With the skilled labor shortage continuing to be a drag on productivity, contractors of all trades may finally be ready to loosen the IT purse strings. For example, some see technology as the key to reducing the number of time workers are on-site, as more construction companies begin to use off-site fabrication, drones, robots, or GPS-guided machinery to reduce the amount of work done by crews.

However, low productivity and tech resistance are likely a direct result of construction being a low-margin industry. Adopting new tech can seem risky for smaller construction firms. Some contractors begin their tech transformation efforts by focusing on something less intimidating like digital collaboration. Real-time sharing of everything from digital estimates to equipment logs and punch lists can make for greater collaboration and profits—and yes, improved productivity.

Instead of being paralyzed by the overwhelming number of tech solutions, JBKnowledge suggests that contractors should start by building on the tech they are already accustomed to using. As firms begin to realize the benefits of integrated technology, the construction industry may finally see higher IT budgets and more tech disruption in 2019.

Want to learn more about how technology can streamline your preconstruction process? ConstructConnect’s end-to-end solution allows contractors to find bids, access projects plans, and go immediately into takeoff. Find out how you can streamline your workflow today!