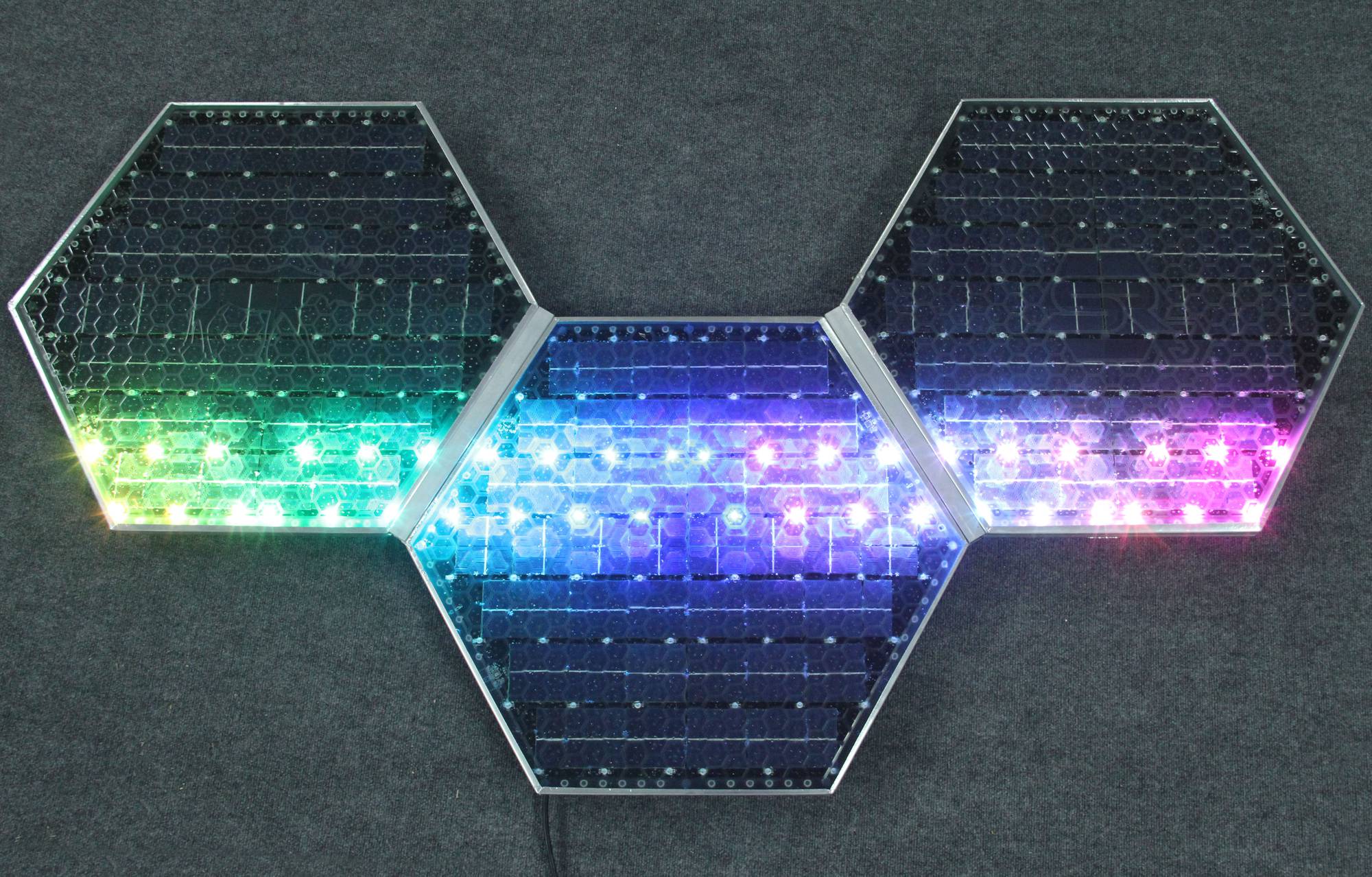 I first came across the Solar Roadways project back in 2014 from an article in “Fast Company.” The basic premise of the project is that if all the roads in the country were “paved” with solar panels they would produce more energy than the country consumes in a year. The article also discussed some of the features of the solar panels like embedded LED lights for dividing lines, heaters to keep the panels free of snow and ice, and tempered glass that could support a 250,000-pound vehicle and textured to provide traction. The article also mentioned that the owners of the company developing the project were currently trying to raise $1 million on the crowdfunding site Indiegogo in order to hire additional engineers in order to perfect their product. (Solar Roadways went on to raise over $2.2 million during their Indiegogo campaign.) 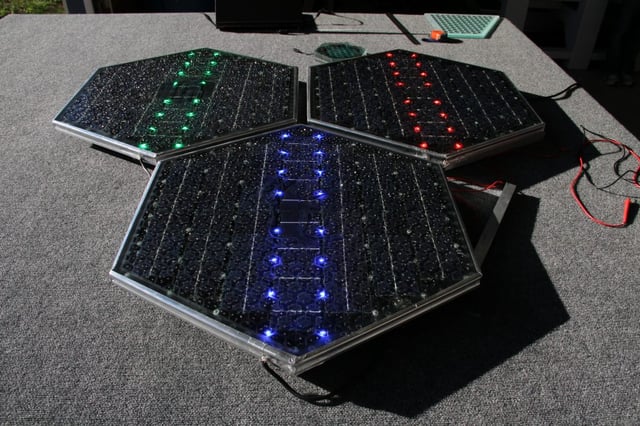 Flash forward to today and, after a redesign and improvements to their solar panel pavers, it looks like the first two pilot project installations will be completed before the end of the year. The first will be 150 square foot installation located at Jeff Jones Square in Sandpoint, Idaho near the company’s headquarters.

The second pilot project will be located at the Historic Route 66 Welcome Center off Interstate 44 in Conway, Missouri. The project in Missouri is being done through the MoDOT as part of their Road to Tomorrow Initiative which looks to identify innovations integrating technology into transportation projects to pilot and test. The MoDOT is planning on taking a page out of Solar Roadways’ playbook and crowdfund the money for their installation. It should be noted that both installations will be located on walkable/bikeable surfaces and not on any drivable roadways.

The Solar Roadways project started back in 2006 by founders and inventors, Scott & Julie Brusaw. They received Phase I funding through the U.S. DOT’s Small Business Innovation Research (SBIR) program in 2009 in the amount of $100,000. This funding allowed them to build a 12-ft by 12-ft prototype to test out the electronics with a separate system to test the solar energy collection. This led to an additional $750,000 in Phase II funding through the SBIR program in 2011 to build a prototype parking lot.

In Phase II they were able to perform load, traction and impact resistance testing on the glass for the panels. They also reduced the size of the panels and changed the shape. The new panels are hexagon shaped and measure roughly 4 square feet. The prototype parking lot measures 432 square feet and the panels are fully functional with solar cells, LED lighting, heating elements and the textured glass surface.

Solar Roadways has also completed the prototype for the next iteration of their solar panel pavers, the SR3. The redesigned and improved pavers include higher intensity LEDs that can easily be seen in daylight, changing from a 36-watt panel to a 48-watt panel of the same size and switching to edge connectors for the panels.

One good thing the company behind this project has going for them is they only have to find the best way to implement their project and make it cost effective to manufacture on a large scale. There are plenty of companies and scientists out there doing research on the major components of these solar roadway panels. Thanks to nanotechnology and other breakthroughs, solar cells are being developed to be more efficient and capable of absorbing the entire spectrum of sunlight at any angle, meaning the panels won’t have to be angled to be more efficient. There are a number of lighting companies that are making LED lights brighter, cheaper and more energy efficient and glass manufacturers are constantly developing ways to make glass stronger and more durable.

The project has received some harsh criticism from people who think the concept isn’t feasible. Some of the critics have been pretty mean-spirited going as far as accusing the inventors of being scam artists by raising funds for their project through Indiegogo. Despite the attacks on the concept, most of the blog posts and articles against the project do raise some valid questions, most of which have been addressed or are being researched and tested.

Let’s assume that the cost to manufacture, install and maintain the solar panels would pay for themselves over the course of their lifetime through the sale or energy savings of the electricity generated. The biggest obstacle I see to the project that I haven’t seen raised is how long it would take to install these pavers. It seems like it would take forever to prepare an existing roadway, dig the raceways for the transmission lines and the proposed stormwater treatment system and then lay each tile by hand.

Solar Roadways’ lofty goal of paving all the highways and byways in the U.S. with their product will probably never come to fruition. That’s not to say that we won’t ever see them on some roads, driveways, parking lots, sidewalks and greenways somewhere down the line. The company is currently testing the efficiency of solar panels lying flat on the ground as opposed to being angled in a handful of locations. They are also working to bring down the costs to manufacture the panels by doing a majority of production work in-house at their factory. 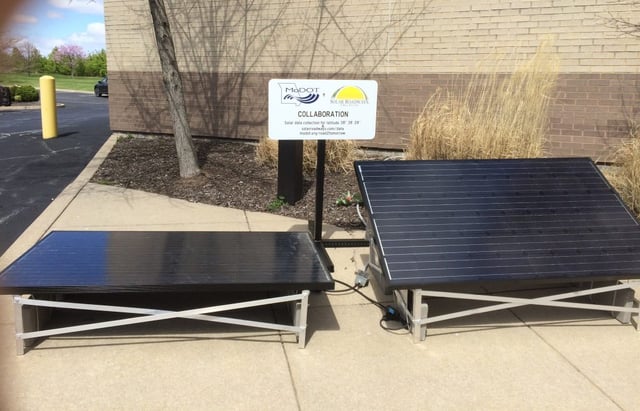 Throughout history, we’ve seen some extremely intelligent people be very wrong when it comes to predicting the feasibility or potential of future technology. Lord Kelvin, who accurately calculated the temperature of absolute zero, thought radio had no future and that x-rays were a hoax. He was proven wrong on both counts. Albert Einstein once said, “There is not the slightest indication that nuclear energy will ever be obtainable. It would mean that the atom would have to be shattered at will.”

Thomas Edison derided alternating current technology as a waste of time. Whether or not he actually believed that is uncertain since he was promoting his own direct current technology at the time. The point being that just because something doesn’t seem practical or feasible today doesn’t mean it won’t be someday in the future.

In addition to the two pilot projects planned for this year, they have also lined up installations at Boise State University, the University of Idaho and for a project in California, the Sonoma County Solar Roadways Pedestrian/Bike Path. Other interested parties included places like Wright State University, NASA’s Kennedy Space Center and their local Amtrak station.

In other solar road project news:

A company called SolaRoad installed a 230-foot long bike path in Krommenie, Netherlands near the end of 2014. After its first six months, the bike path generated a little over 3,000 kilowatt-hours of electricity, roughly enough to power a home for a year.  They did have some issues with the anti-slip coating peeling off due to exposure to the elements.

Is Recycled Plastic the Key to Building Better Roads and Bridges? Read this Blog Post