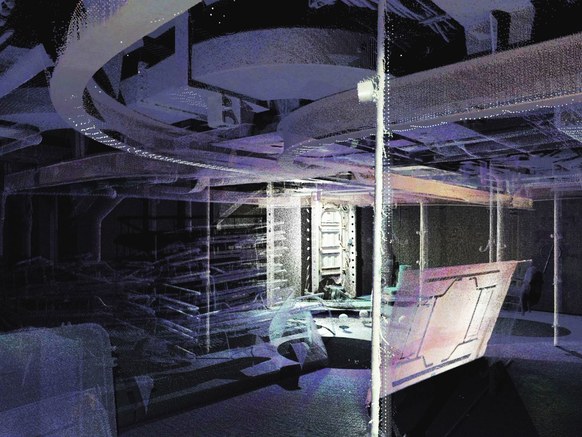 By now, most people are familiar with the concepts of virtual reality, and maybe to a lesser extent, augmented reality. When you think of examples virtual reality you probably think of either movies, like The Lawnmower Man or The Matrix trilogy, or video games especially with the release of so many VR headsets hitting the market in the past year such as the HTC Vive, Oculus Rift, Gear VR and PlayStation VR, just to name a few.

The most popular application of augmented reality to date has been the Pokémon Go game which had kids of all ages running around this summer and trespassing, walking off cliffs, wrecking cars and running into things to catch virtual monsters.

Despite being around for decades, virtual reality has garnered a lot of attention over the last few years due in large part to a resurgence of tech companies competing to bring viable applications to market. Computer display technology and graphical interfaces have improved significantly over the last decade. The technology has advanced to the point that the promise of virtual reality can now be delivered, and at a fairly reasonable price point.

Hardware and software advancements have resulted in improved renderings of 3D images and faster frame rates. The lag in head tracking has been reduced to the point that it’s practically unnoticeable. Perceivable head tracking lag, poor renderings and slow frame rates have been known to create nausea-inducing virtual reality experiences as well as causing headaches and eyestrain.

The portability of lightweight head mounted displays available now is a huge improvement over older headsets which were heavy and cumbersome. Other peripherals like game console controls, infrared sensors for motion tracking and omnidirectional treadmills will allow a user to move about the virtual environment and interact with objects.

Another big advancement has been the process of converting a BIM model to virtual reality simulation. Newer software, like Autodesk’s LIVE platform, has automated the conversion process for creating immersive and interactive architectural visualization, making it easier to get started using virtual reality.

Better project visualization will probably be the top driver for adoption of virtual reality in the AEC industry. Virtual reality provides a full-immersion experience that will allow project stakeholders to engage and interact with the design of a building in ways that aren’t possible with BIM models and 3D CAD drawings.

It’s a big step up from viewing a 3D BIM model on the screen of a laptop or tablet. Virtual reality allows a user to immerse themselves inside a full-scale 3D virtual environment and interact with the design just like they would in the real world. Imagine being able to walk through a virtual copy of the building, traverse hallways and open doors and windows.

Virtual reality will provide stakeholders and end users a better understanding of the space and what a project will look like when completed. Having to make changes once construction is underway can be costly and can easily extend the construction schedule by weeks or months. With virtual reality, changes and clashes can easily be detected and corrected before construction begins.

The type of immersive visualization made possible by virtual reality will lead to better collaboration and communication. Virtual reality will also lead to greater acceptance and implementation of BIM. Most virtual reality applications being developed for the AEC industry are using BIM models as the basis to create virtual environments.

Virtual reality will speed up the decision-making process thanks to improved communication and instant feedback from all parties involved: owners, architects, engineers, end users and general and specialty contractors. Multiple users in different locations can interact with the virtual environment at the same time. In virtual environments, users can instantly change out design elements such as lighting fixtures, windows and flooring materials, as well as incorporating furnishings, to get a real sense of how the finished space will look.

Safety training and equipment operator training are two areas where virtual reality could impact construction in the future. Workers could get exposure to environments such as confined spaces or working at height in a controlled environment. VR simulators have been used for years to train soldiers, pilots and surgeons and could be used in the same way to train workers on everything from operating cranes and excavators to doing welding and masonry work.

Augmented reality (AR) is another emerging technology that will have a significant impact on the AEC industry in the coming years. Augmented reality is the enhancement of real-world environments by overlaying virtual data, images, etc. onto a physical space. If you’ve ever watched a football game on TV you’ve experienced augmented reality. The lines you see marking the line of scrimmage and first-down marker are examples of augmented reality.

Applications for the use of augmented reality in construction are still being developed and mainstream adoption is still in the early stages. Despite this, AR has already proven to be a useful tool in the industry.

Vision-based augmented reality using markers, such as quick response (QR) codes or architectural drawings and images, or GPS will dominate the early application uses of AR in construction. Hands-free use can be accomplished with peripherals such as Microsoft’s HoloLens, allowing workers to continue working while accessing information.

Imagine an architect, contractor or owner being able to walk onto a project site, hold up a smartphone or tablet with the camera facing the location of the proposed building and being able to see a full-scale model of the building on the display well before any work begins. This type of real-time visualization will allow architects to provide owners and contractors greater insight into the details and design of a project than is currently available with 2D drawings, scale models and BIM.

Collaboration and communication are key to any successful construction project. With augmented reality, a project manager or contractor could walk through a construction site and easily view an overlay of a BIM model on top of as-built construction and compare the two. At the same time, they could be accessing checklists completing a daily report using a heads-up display. The project manager could instantly take photos or record the augmented reality walkthrough and send it back to the design team for clarification as issues arise.

Safety is always a top priority on every construction project. Whether it’s allowing for a more detailed safety plan to be developed or providing training on heavy equipment using actual equipment on real sites with augmented hazards, AR has the potential to greatly improve safety on the construction site. Workers could walk to a specific area of a jobsite and have a safety checklist, specific to the task at hand, pop up on a display along with a 3D BIM model of the work area.

With augmented reality, having to continually look down at plans or BIM models will be completely eliminated. You will be able to look at the built environment with the BIM model overlaid on top without ever having to look away. With augmented reality you could overlay a jobsite with BIM data to create the most efficient construction schedule possible and develop a logistics plan for the site for staging areas, material and supply deliveries, and equipment storage.

How much time could be saved if you were able to point your tablet or smartphone at your remaining building materials for a project and while it processes how much is left it will cross reference what’s been built compared with what is left and calculate how much more material is needed and then display the closest distributors, price and availability with the option to instantly order it and have it delivered that day? I’m not sure such an application exists but it’s only a matter of time until someone figures out how to make it happen.

Some Assembly Required: Realizing the Benefits of Offsite Construction Read this Blog Post