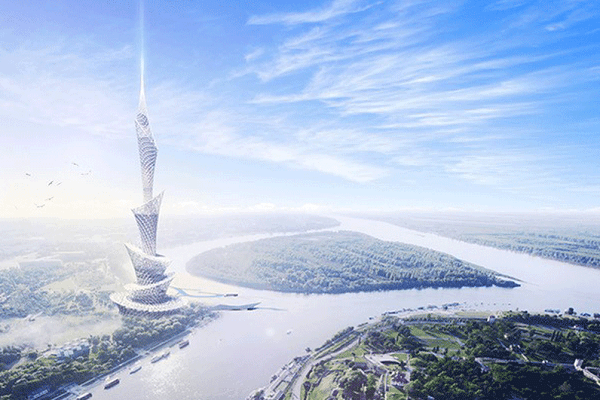 Project AME (Additive Manufactured Excavator), the world’s first 3D printed excavator, made its debut last week at the Tech Experience at CONEXPO-CON/AGG and IFPE 2017 in Las Vegas. The project was a collaboration between the Center for Compact and Efficient Fluid Power (CCEFP), Oak Ridge National Laboratory (ORNL), and researchers and students from Georgia Tech, the University of Minnesota and the University of Illinois at Urbana-Champaign.

Check out the video below to see the 3D printed excavator in action:

The project was funded by the Department of Energy’s (DOE) Office of Energy Efficiency and Renewable Energy – Advanced Manufacturing Office along with a grant from the National Science Foundation (NSF). The National Fluid Power Association (NFPA) and the Association of Equipment Manufacturers (AEM) contributed to the project by facilitating industry engagement.

Three components on the excavator, the cab, stick and heat exchanger, were all manufactured using 3D printers. The project showcases some of the practical applications of 3D printing, or additive manufacturing, using a variety of materials and printing technologies. Each component was made on a different printer using different materials.

All three components were printed at the DOE’s Manufacturing Demonstration Facility at ORNL.

The stick was printed in just five days using Wolf Robotics’ WolfPack printer, which is capable of large-scale metal printing. Low-cost steel was used to create the 7-foot, 400-pound stick. Hydraulic channels were integrated into the design of the stick, eliminating the need for separate hoses and tubing. The stick was designed by a team of graduate students at Georgia Tech. They were also responsible for designing the bucket and boom.

A team of students from the University of Illinois at Urbana-Champaign designed the cab after winning a nationwide competition held last year by CCEFP. The cab is made of carbon fiber reinforced acrylonitrile butadiene styrene (ABS) plastic. The students used topology optimization software to create a design that could handle the most amount of loads from all directions while using the least amount of material. The cab took only five hours to print on Cincinnati Incorporated’s Big Area Additive Manufacturing (BAAM) system.

The crane printers will be capable of printing structures 80 meters (263 feet) and taller. The cranes will print parts of the building while the rest of the skyscraper will be built using conventional construction methods. Not much else is known about the project at this time other than it will be built somewhere in the United Arab Emirates. This makes sense since Cazza recently relocated their company to Dubai due in part with their partnership with the city to help them reach their goal of having 25% of all buildings be 3D printed by 2030.