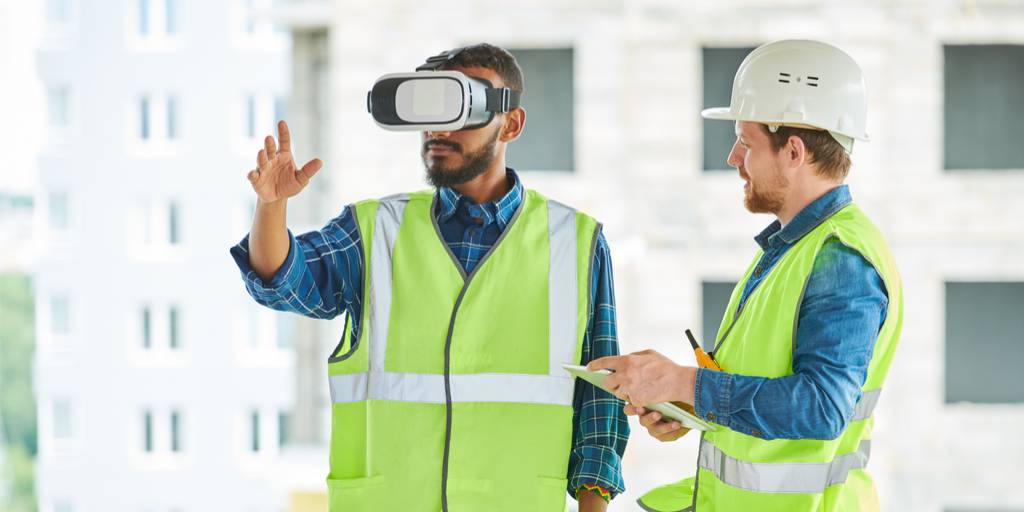 The construction industry gets perennially dinged for being too slow to innovate and adapt to new technology. This trend appears to be changing as more construction firms are realizing the value and benefit of adopting new technology. Not only is it a great way to step up their tech game, but it can also help them to attract and retain the next generation of workers.

Instead of viewing the younger generation’s lack of interest in swinging a hammer as a negative, they’ve begun to see it as an opportunity. By highlighting technology use—from drones to tablets to wearables—they can start to draw more attention to high-paying construction jobs.

With construction backlogs now averaging more than eight months, there is a strong demand for all positions—from craft workers to project managers and estimators. Whether trying to attract Gen Z-ers (born after 1999) and millennials (born between 1981-1998) or retain Gen Xers (born between 1965-1980), more and more contractors are embracing construction tech as their secret weapon when hiring at all levels.

Let’s take a closer look at why construction companies of all stripes—from roofing to concrete—are struggling to interest a generation of workers they desperately need to hire, train, and retain for the future.

Today’s skilled labor shortage can trace its roots back a decade to when the bubble burst. As a result, the industry lost roughly 2 million workers. Even as the market has rebounded, it has been difficult to attract new workers, particularly younger ones, to replace those reaching retirement age.

Many experts place the blame squarely on high schools who cut vocational training programs or promoted the myth that the only high-income career path requires a four-year degree. Others say builders are partly responsible as rising costs and thin profit margins equate to fewer dollars invested in training the next generation of construction workers.

Stakes Are High for Talent Shortage

With baby boomers representing more than 40% of today’s construction workforce, it’s no surprise that the current shortage can be linked directly to the high number of boomers retiring daily. At this rate, the construction industry could lose between 14% and 20% of specific employee groups, including executives, senior managers, field managers, and project managers, over the next five years.

According to an AGC/FMI Risk Study, 88% of engineering and construction companies are facing real risks due to the lack of skilled craft workers available. Of those, 67% report having a limited number of available field supervisors. Such a significant loss of industry experience and knowledge will likely have a dramatic impact on construction in the coming years.

This is especially concerning when you consider that the Associated Builders and Contractors (ABC) has predicted construction could add another 300,000 to 500,000 jobs right now. If an infrastructure package of $100 billion over 10 years is approved, this number could go as high as 700,000 jobs.

No doubt, investing in technology—from estimating tools to integrated accounting software—can improve speed, accuracy, and efficiency. Whether contractors are ready to add drones and BIM may be a whole other matter. However, adopting the right technology and hiring tech-savvy workers is essential for surviving this tight labor market.

With large numbers of boomers retiring daily, there is also urgency for adding diversity to the workforce to keep contractors from relying too heavily on one generation or another. Adopting new tech tools will not only help any contractor with hiring, but it will also ensure they have a skilled workforce that can help them thrive in a rapidly transforming industry.

This situation could be a golden opportunity for millennials. The more whiz-bang tech like drones, robots, artificial intelligence, augmented reality/virtual reality, smartphone apps, tablets, and wearables are proving a strong draw for this hiring demographic. Contractors and owners should also remember that these digital natives—millennials and Gen Z-ers—bring with them an expectation they will be using the latest-and-greatest technology. One of their most compelling recruiting tools may be openness for trying and adopting new technology.

If a firm’s veterans are nearing retirement and hesitant about learning new construction tech, hiring tech-savvy younger workers can make for a happy way to balance tech with real-world experience. As Chad Hollingsworth, co-founder and CEO of Triax Technologies, explains: "Millennials have grown up attached to technology. Jobsites today are so far removed from what millennials have come to expect in their daily lives. They expect new solutions to do their job better, to get rid of manual processes."

Rising Wages Part of the Solution

Rising wages are also helping when it comes to making construction more attractive for younger workers. The average hourly wage in construction exceeded $30 an hour for the first time in September 2018, according to the Bureau of Labor Statistics. In February 2019, average hourly earnings in construction—a measure of all wages and salaries—increased 3.1 percent over the year to $30.45. That figure was more than 10% higher than the private-sector average of $27.66.

As such, rising wages are proving a boon for many younger workers, who may struggle to pay off student loans—especially when compared to a job market saturated with low-paying service positions.

Spreading this good news of plentiful, well-paying construction jobs is a wide array of groups. Construction organizations, high schools, and community colleges have begun to answer the call. For example, in Duluth, Minnesota, the trades association held an outreach event—“Construct Tomorrow”—designed to generate excitement around the building industry. The hands-on demonstrations provided young people with another option for a career after high school, particularly in a region with a high demand for construction professionals.

Contractors are also starting to understand that younger workers want flexible schedules, prefer to work independently, and require lots of upward mobility. While this may stand in stark contrast to the boomer generation, automation and digital tools are a great way to guarantee these perks to millennials.

Outlook is Bright for Younger Workers

Despite some signs of an economic slowdown, the labor squeeze is expected to continue well into 2019. An AGC survey released in January showed that nearly 80% of construction firms expect to add workers this year. Also, nearly as many anticipate it could get harder, not easier, to fill positions.

While many criticize the lack of vocational training at the high school level, it would appear college grads could be filling many of these tech-savvy jobs. Construction trades had the largest jump in enrollment at four-year institutions between 2016 and 2017 (26.4%). This includes a growing interest in trades like carpentry, but also management degrees for students who like building, but not getting their hands dirty, according to the National Student Clearinghouse Research Center.