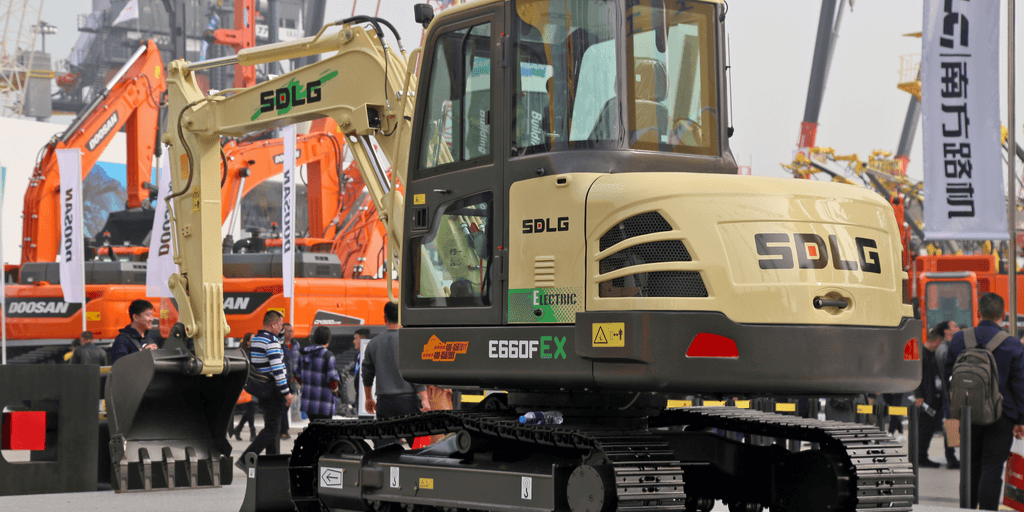 In the next 20 years, it’s possible that all the backhoes, excavators, dozers, graders, and other heavy equipment we use on construction sites will move away from diesel engines to all-electric. For years, the Environmental Protection Agency (EPA) has been enacting stricter emissions standards for nonroad diesel engines like those used in construction.

Using a progressive tiered approach to reduce emissions, with Tier 4 Final being the most recent, the EPA limits new diesel engines to near-zero levels for emissions of nitrogen oxides (NOx) and particulate matter (PM). To accomplish those massive reductions in emissions, construction equipment manufacturers spent years researching and developing technology to get the required levels while still providing the same power and performance that customers have come to expect from previous models.

While the EPA isn’t currently working on establishing further tiers, that could change as the European Union (EU) has already approved Stage V emission standards which start going into effect this year. Up until this point, the EU and the EPA had been in lockstep with enacting new tiers/stages for emissions.

Future regulations could require zero emissions on heavy construction equipment which would pave the way for manufacturers to drop production of diesel engines and go all-electric. This may seem farfetched but just look at what’s going on in the auto industry.

Over the past few years, the auto industry has been making a bigger push to transition to electric vehicles. In an effort to reduce the impact human activities have on the environment and reduce carbon emissions, a growing number of countries have adopted policies to ban the sale of gas and diesel vehicles. Ireland, Norway, India, and the Netherlands are some of the countries that will ban the sale of new gas and diesel vehicles by 2030. Many other countries have, or are planning to enact, similar bans over the next two decades.

Tesla has been joined by dozens of startups developing and producing electric vehicles. Automakers like GM, Volvo, and Jaguar Land Rover have vowed to go all-electric or have electric versions of all their models over the next few years. In addition, pretty much every automaker in the world is currently investing and developing electric and hybrid vehicles.

So, will manufacturers of heavy construction equipment follow suit with all-electric models in the future? Globally, the construction industry is responsible for 11% of energy-related carbon emissions so it’s not unreasonable to think that countries will at some point ban the sale of heavy equipment with diesel engines much like they are doing now the cars and trucks. Benefits of all-electric heavy equipment include reduced noise, zero emissions, reduced service times and a lower total cost of ownership.

Until that time comes, we’re likely to see a lot more hybrid, as well as some all-electric, models of current equipment lineups from manufacturers in the coming years. Here’s a look at a few of the current and upcoming all-electric offerings from some of the major players in the industry:

The EX2 uses two lithium-ion batteries that deliver 38kWh and can operate for eight hours. The excavator has no hydraulics, instead, it uses electromechanical linear actuators to power the boom and implements.

Bobcat unveiled the prototype for their E10e electric mini excavator back in 2016. The excavator was developed at Bobcat’s innovation center in Dobris, Czech Republic. The E10e can run for a full for an eight-hour day on its lithium-ion batteries when coupled with an external supercharger with normal work breaks factored in. The excavator takes just two and a half hours to charge.

JCB launched their first all-electric excavator last year. The 19C-1 E-Tec is a 2-ton excavator that can work all day on a six-hour charge. The excavator uses an electric motor and three lithium-ion batteries to deliver 15kWh of power. An optional fast charger will be available and can cut the charging time in half.

The 19C-1 E-Tec will feature the same speed and power as its diesel counterpart, the 19C-1, but with the added benefit of generating greater torque which it can do instantly. The electric motor will also power the load-sensing hydraulic system from Bosch Rexroth.

Pon Equipment, with input and support from Caterpillar, converted a 28-ton CAT 323F excavator from diesel to electric. The diesel engine was replaced with a 122kW electric motor and a 300kWh lithium-ion battery pack that weighs 3.4 tons.

Known as the Z-Line, the modified excavator can work for five to seven hours before needing to be recharged which can be done in one to two hours. Pon Equipment has already sold its first model to a construction company in Norway that is planning to buy more.

Caterpillar Venture Capital, the venture arm of Caterpillar, has also invested in Fisker, a company making electric cars and developing battery technology. Fisker is using the investment to work on the development of solid-state batteries for use in construction, mining, and other applications.

Wacker Neuson has an existing lineup of zero emissions machines including two electric wheel loaders, two battery-powered rammers, and a dual-power excavator. Last year, they debuted their first battery-powered mini excavator, the EZ17e, which will be available in Europe later this year.

The EZ17e runs on lithium-ion batteries but can also be plugged into a regular power outlet or high voltage outlet to run the machine and charge it while it operates. The EZ17e can provide seven hours of power and charges overnight on a household outlet and in four hours if plugged into a high voltage current.

Hyundai CE has partnered with Cummins to develop electric heavy equipment. Their first offering is a battery-powered mini excavator. The excavator is powered by eight flexible battery modules supplied by Cummins.

The BM4.4E battery modules provide 35.2 kWh of total energy and can work an eight-hour shift before needing to be recharged. Charging can be done in just under three hours.

While most of the examples listed above are focusing on mini and compact models, we’ll likely see the electrification of larger models being developed over the next few years. Battery storage, faster charging cycles, output, and power are some of the obstacles that manufacturers will have to tackle

Autonomy, artificial intelligence, software, power management systems, and replacing hydraulics with electric actuators will all be used in combination with the redesign of many types of equipment to provide the efficiency and power of their diesel counterparts.