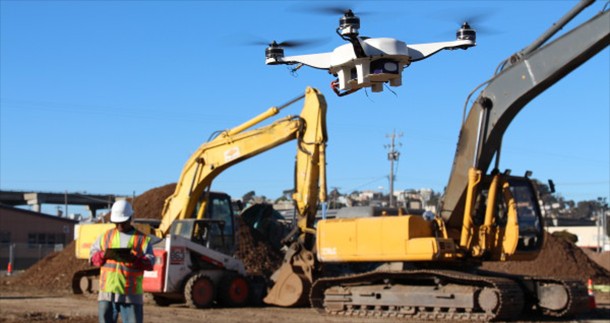 Imagine walking onto a construction site to find a fleet of bulldozers, graders, and excavators doing site prep without any operators behind the controls. Upon closer inspection, you notice some of the equipment is cab-less with no manual controls. The operators might be standing at a safe distance operating the machine remotely. Maybe the equipment is operating itself while someone monitors the work from the jobsite trailer or even back at the office 50 miles away. Autonomous and semi-autonomous construction equipment are the future and we’ll see it lead to safer jobsites with the work being done more efficiently and accurately than today.

Self-driving, or autonomous, cars have gotten a ton of attention over the past couple of years with nearly every automaker along with companies like Google and Uber working to bring driverless cars to the market by the year 2020. The same technology being used to deliver us self-driving cars is bringing us self-operating or remote controlled construction equipment.

So how does it work? A 3D map of the existing site is created using laser scanners, total stations, mobile mapping and aerial imaging using UAVs, or drones. Civil engineers then create site development plans which are then converted to 3D models. The autonomous machines are then deployed on site and sensors, cameras and a Global Navigation Satellite System (GNSS) such as GPS are used to pinpoint the equipment’s location on the site. The software uses real-time data transmitted from the heavy equipment along with the 3D map of the existing site and the 3D model from the site plans to instruct the equipment on where to go and how much earth to excavate, position the dozer blades for grading, etc.

The whole time the equipment is operating it is sending back data on the work being completed so the software is continuously updating the 3D map to reflect the constantly changing environment in regards to the terrain and site conditions. The equipment is also transmitting telematics data, basically real-time diagnostics data from the various components on the equipment, such as speed, fuel consumption, engine temperature, etc. This real-time monitoring allows for an operator to ensure that the work is being done accurately and that the equipment is operating as efficiently as possible.

Some worry that this technology will lead to the extinction of the heavy equipment operators in the construction industry. In reality, the opposite is probably true. Skilled equipment operators will still be in high demand as more autonomous and semi-autonomous equipment starts popping up on jobsites. Experienced operators will be needed to monitor the work being done and to step in take the controls, either remotely or manually, for more advanced tasks or if something goes wrong. We might even get to a point where skilled operators are used to teach the machines how to operate on their own.

In addition to skilled operators remaining a hot commodity, autonomous and semi-autonomous equipment will allow owners to employ workers with little to no experience. The reason being that the learning curve to adequately operate equipment can be greatly reduced. Owners not wanting to invest the time and resources to train an inexperienced candidate on standard equipment will probably be more open to autonomous equipment since they could have a new employee up and running in a fraction of the time. This would open up the labor pool to address the growing worker shortage the construction industry is currently facing.

Here’s a look at what some of the heavy equipment manufacturers are working on to bring autonomous and semi-autonomous machines to the construction site:

Komatsu introduced their Intelligent Machine Control (IMC) back in 2013 with their D61i-23 dozer with fully automatic blade control. The blade is automatically controlled according to 3D CAD construction data with the coordinates computed from design drawings.  Last year they launched their SmartConstruction program last year which paired their IMC equipment with drones from San Francisco-based Skycatch. The drones are used to created 3D maps of the terrain which are used in conjunction with the 3D models of the finished site plans to allow the equipment to operate unmanned to perform the site work.

Caterpillar has seen great success with their CAT Command technology equipped on their mining equipment. Current capabilities include remote control and semi-autonomous operation of their dozing and underground loading equipment as well as complete autonomous operation of their haul trucks. Caterpillar is currently working to bring this technology to their line of construction equipment.

Last year Case CE combined their SiteWatch telematics and SiteControl machine control solutions technology together as SiteSolutions in order to improve and advance their current offerings. Case has been in partnership with Leica Geosystems since 2014 in order to better integrate machine control systems into their equipment.

Volvo CE is working with a number of universities to create autonomous construction equipment that will improve energy efficiency tenfold, be emission free and result in zero accidents. The goal is to have equipment that is aware of its surroundings and able to adapt to changing conditions. Volvo also tracks human behavior with their Humans in the Loop (HITL) simulators to create machines that are aware of operator’s workloads and can provide assistance with autonomous function and support systems.

We’ll also see autonomous vehicles making their way onto work zones for road construction projects. Royal Truck & Equipment is piloting a program with the Florida DOT that will remove drivers from behind the wheel of crash trucks used in work zones. The trucks use autonomous technology created by Micro Systems, Inc. which allows the unmanned crash truck to follow a lead vehicle that transmits GPS data, referred to as "eCrumbs" back to the crash truck instructing it when to turn, brake and what speed to travel.