ConstructConnect’s Expansion Index, a monthly measure of the dollar value of construction projects in planning compared to the same month one year ago, registered 14% overall expansion in Canada and over 10% for the United States for the month of June 2022.

In Canada, New Brunswick reported the fastest expansion followed by Nova Scotia. The most significant gains in the United States occurred in Midwest states including Michigan, Ohio, and West Virginia. The states of Georgia and Vermont also posted readings of more than 1.3, signaling a greater than 30% increase compared to one year ago. 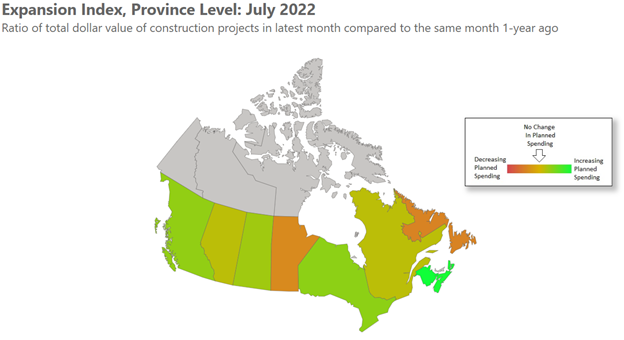 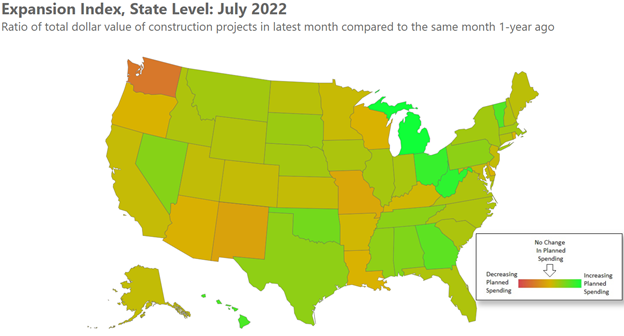 At the more granular Metropolitan Statistical Area, ConstructConnect tracks 23 Canadian areas along with 378 U.S. geographies. At this more granular level, the latest data release was generally encouraging compared to results from one year ago. Presently, almost 4 in 10 Canadian MSAs are reporting greater than 20% expansion compared to the same month one year ago, down only slightly from a month ago but up considerably from 12 months ago. Similar to the U.S. reading over the past year, the proportion of MSAs reporting expansion of more than 20% remained steady at approximately 3 in 10. 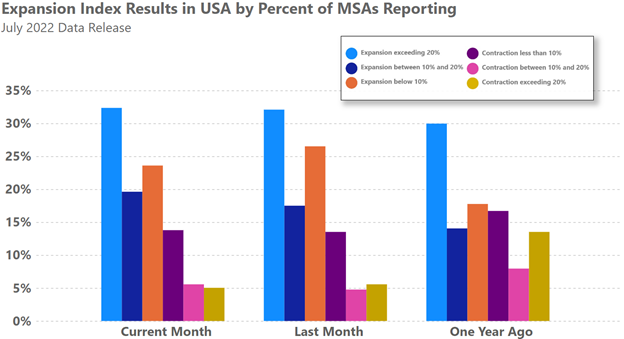 Extending beyond geographic analyses, ConstructConnect also tracks monthly planned spending along eight major verticals. The fastest expanding verticals in the latest month’s data for the United States included the industrial, medical, and government segments with nearly half of all states witnessing expansion in excess of 20%. Conversely, nine states reported at least a 20% contraction in planned commercial construction spending relative to one year ago.

Looking north to Canada, more than half of all provinces reported greater than 20% expansion in the community, government, and retail verticals. Contracting activity was reported in the civil and educational verticals with a majority of provinces reporting some level of contraction. 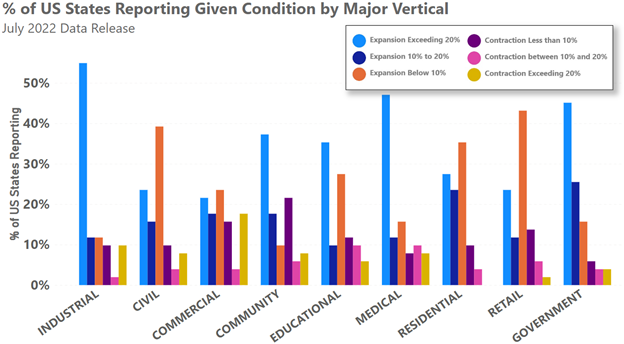